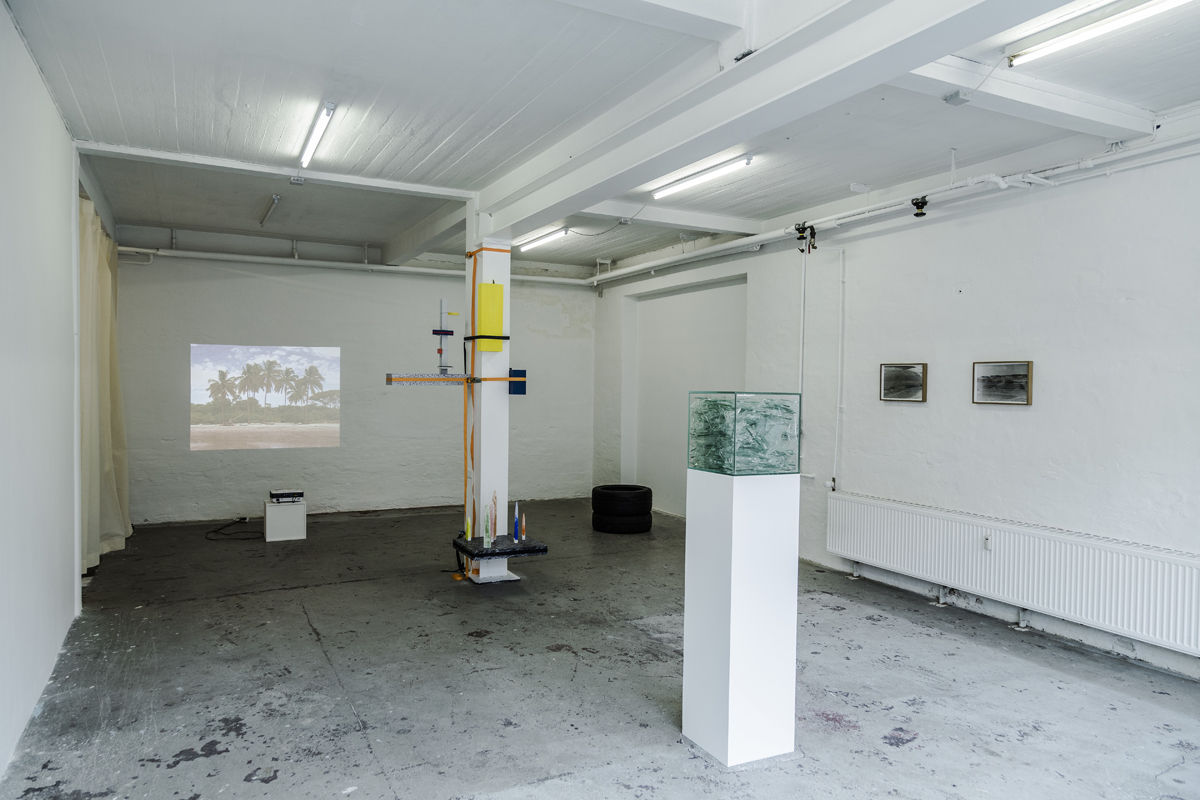 Another Space has invited the Berlin-based art space insitu to curate an exhibtion in Copenhagen as part of the festival Artist Run. As the curators have never experienced the exhibition space at first-hand the name, floor plan, images and their imagination of the space became the starting point for working on the show. Eight artists were then invited to contribute with work that in some way or other touches upon the idea of ‘another space’, both in terms of location and concept.

Another Space is a name playing upon several meanings and connotations. As yet another art space, it has a physical presence within the city and the context of Copenhagen’s growing self-organized art scene. It’s an additional space in the sense that it’s not unique in its existence, but different in terms of content. As an other space, it also offers an alternative working environment for artists and architects, placed outside a context based on commercial and functional claims. The name also refers to an imagined space, something ‘there’ and ‘not yet’, hinting to the inarticulate and intangible place one is directing towards in the process of making.

The name insitu similarly implies a relation to spatiality, with it’s well-known associations to site-specificity in art and architecture. insitu reflects on the curatorial belief that each individual constantly creates or deconstructs various spaces. In the realm of sociology, space is no longer just defined by parameters of physical dimensions but also by the active relations that are created daily between social commodities and interactions with people. In situ means “in position”, thus alluding to the here and now and situating artwork in its physical and immaterial context, yet also revealing conditions beyond the present.

The name also per definition points to the possibilities that stem from the concrete situation, and perhaps this is the surface of contact between the two names and the approaches of the two spaces.

For the exhibition Episode 7: another space, insitu reveals works from eight Berlin-based artists, which portray occupation of hostile areas, travel, adventure and the
invention of illusive or alien spaces. Romantic perceptions of adventure, reflection and idle immersion are abandoned for the rational attempt to control the unknown, to appropriate places to ones own rules and to follow inclinations towards
collective adaptations. The artists all deal in one way or other with spatial relations. Whether this means to challenge a perception or to reflect on sociological or historical components of architectures. Besides existing pieces that discuss ideas of spaces, three artists have used the invitation to the show to develop new works and thus present their interpretation of another space. 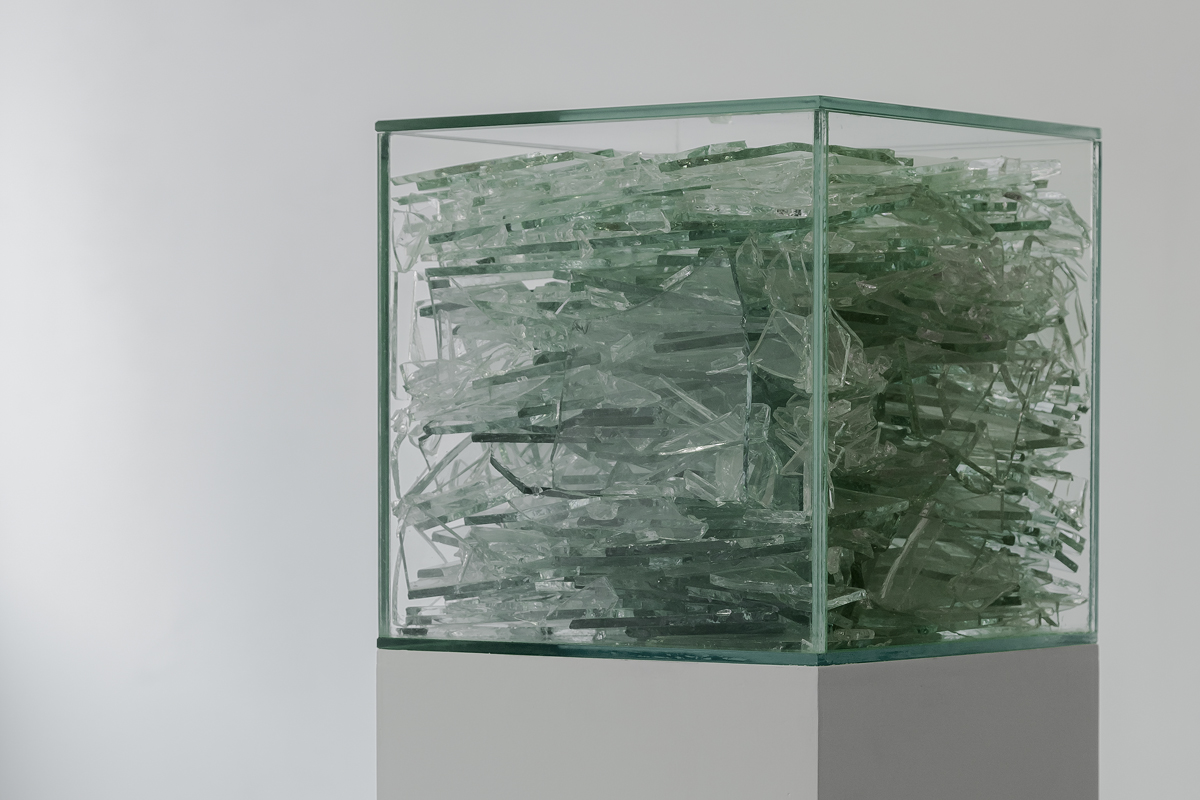 Bram Braam transforms existing architectural elements of given spaces and interrogates the process of perception of the architecture itself. From 250 000 cm3 to 23 768 cm3 displays a larger volume forced to fit into a tinier one. As the title suggests, Braam changes a volume of space by squeezing the shards of a large glass cube in the confines of a traditional museum vitrine. 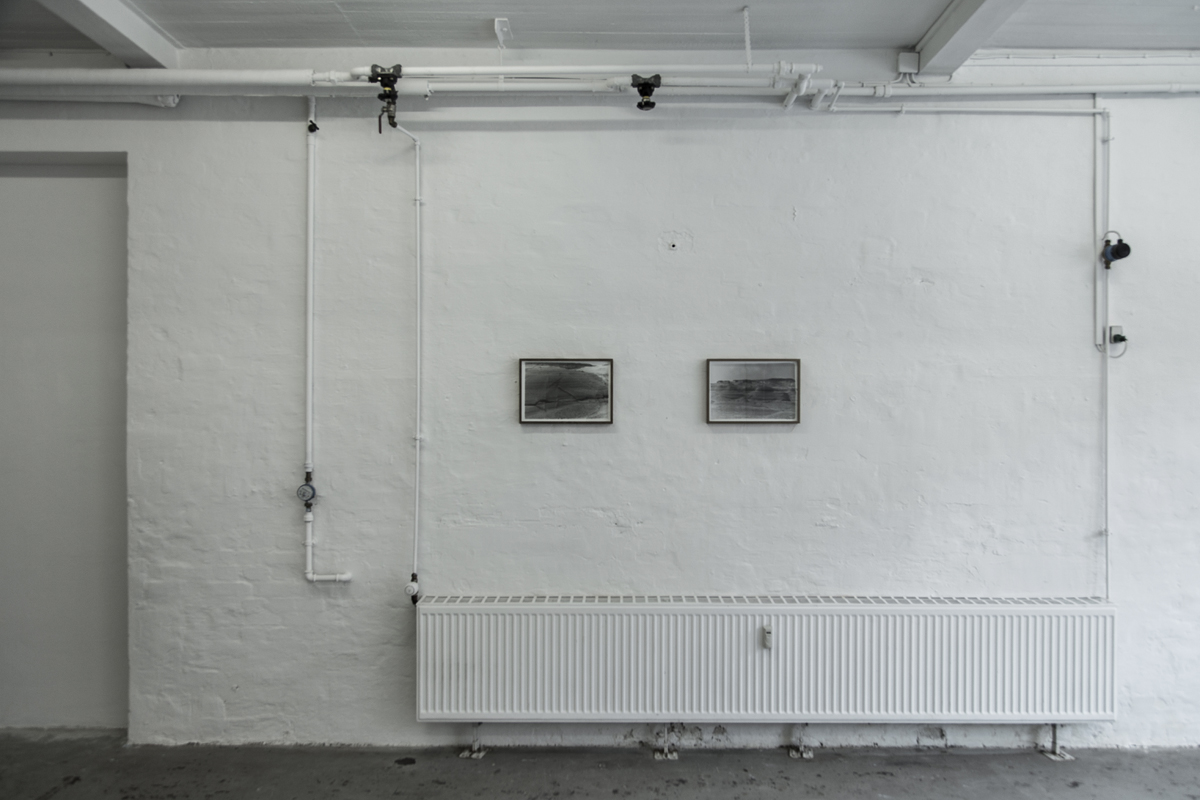 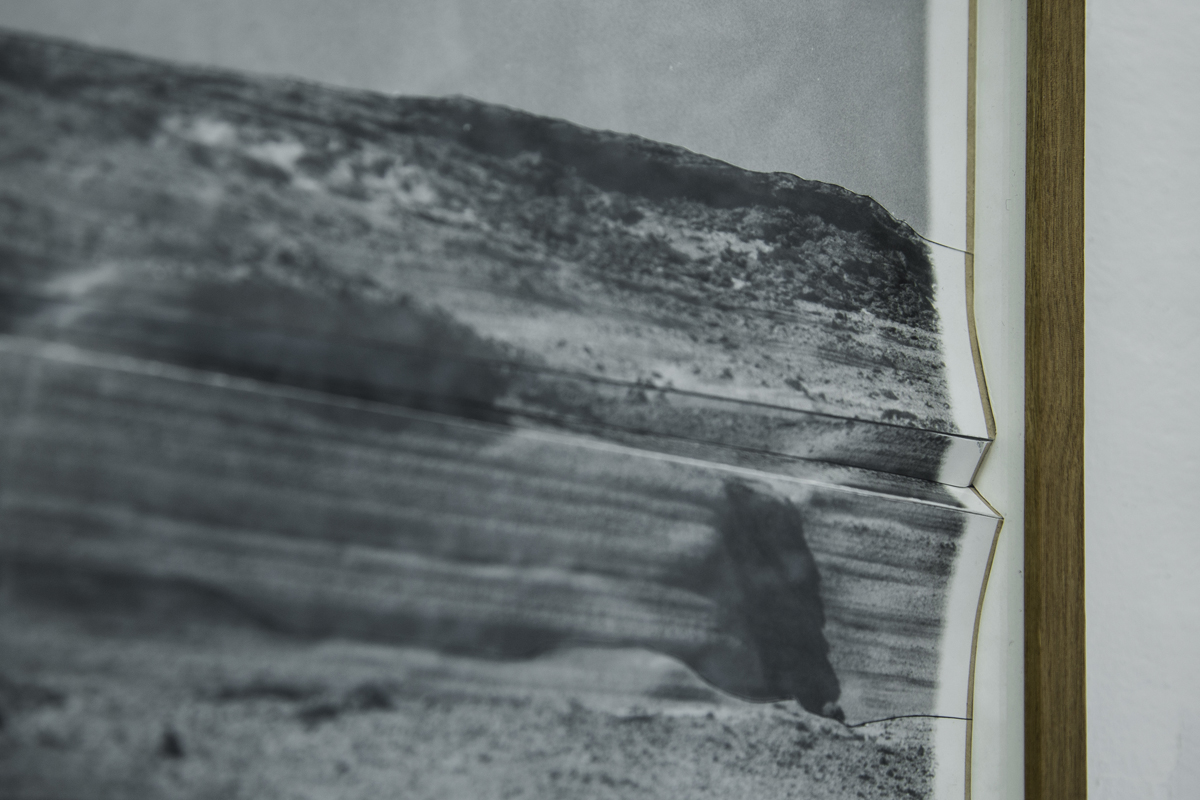 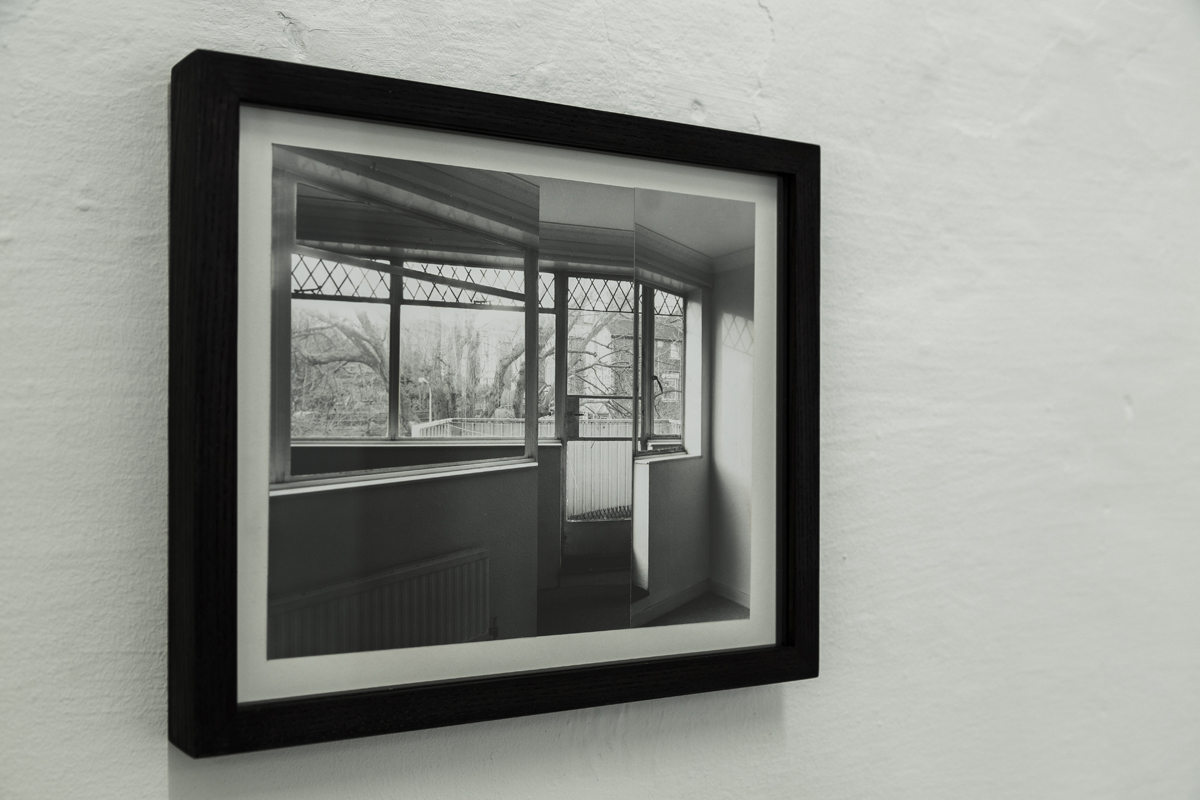 Sinta Werner presents poetic collages dealing with the perception of architecture. In her series Milos, Werner creates new spaces from photographs of Milesian landscapes. She changes two-dimensional photographs into three-dimensional images and constructs subtle illusions and visionary spaces worth getting lost in. In Space Collages Werner´s interest in a staged reality appears, the boundaries between real space and backdrop blur. 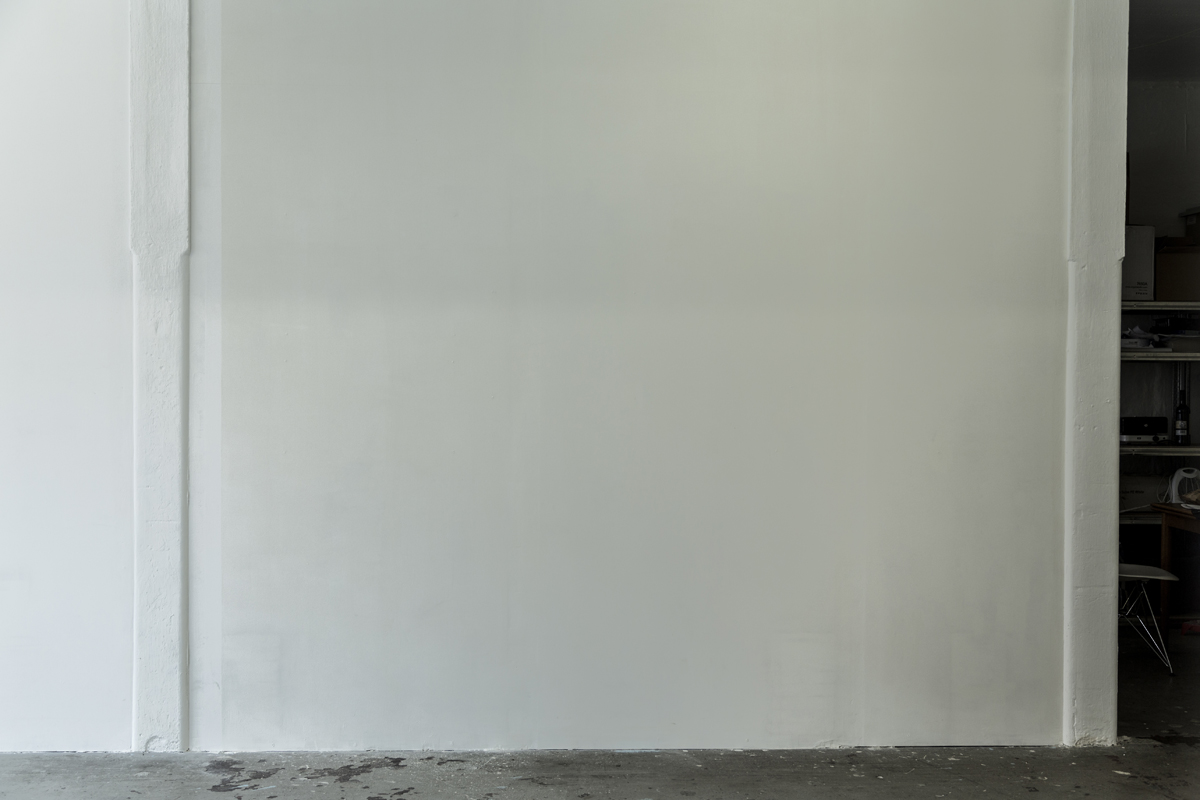 For Untitled Luca Vanello took the topic another space quite literally. He sanded the wall of a four-bed-room in the Danish asylum center Sandholm, transformed the dust into color pigment and reversed it to liquid paint again. By painting a portion of a wall from the exhibition space with this paint, Vanello adds a new layer of history to the space itself. Untitled displays a part of a space that’s publicly inaccessible: restricted by entrance permits, bureaucratic rules and defined by limbo life situations. The work is realized with the support of Izmael Deboub. 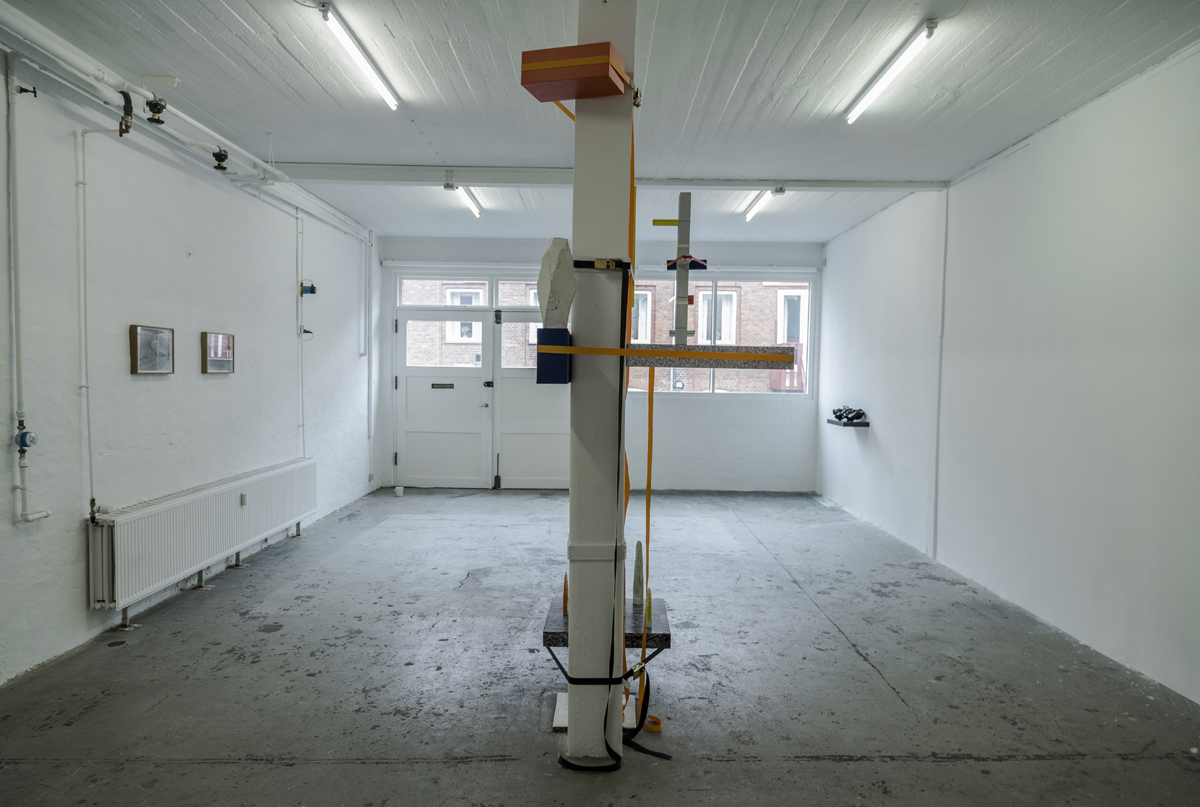 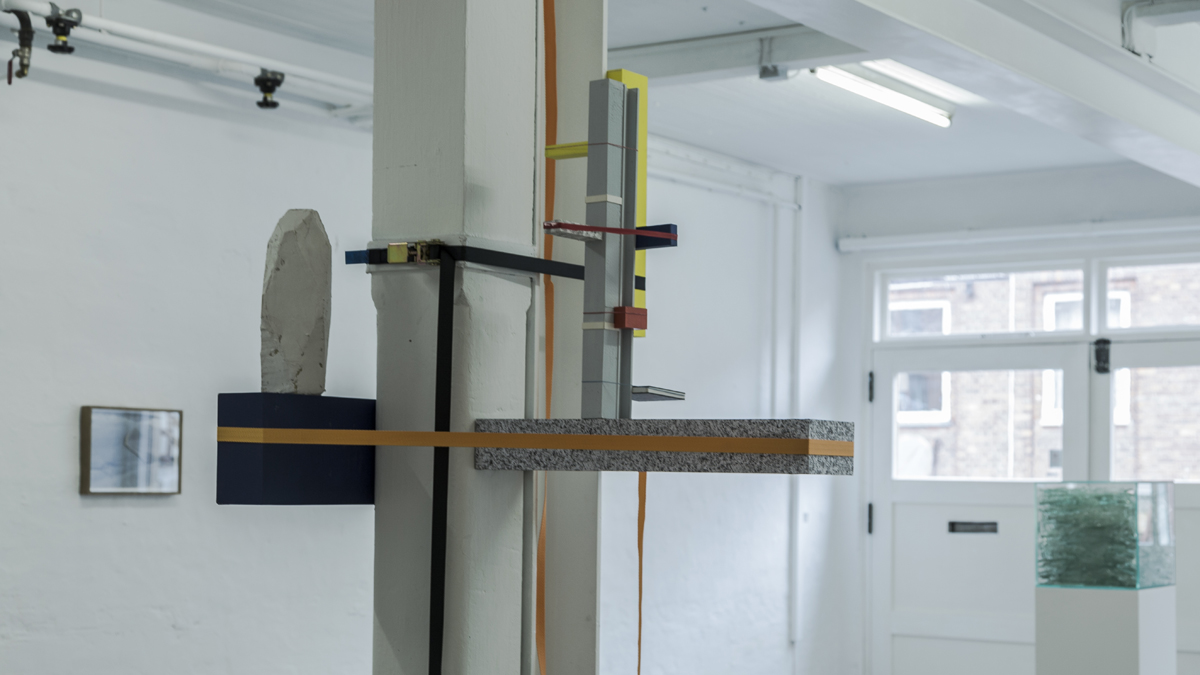 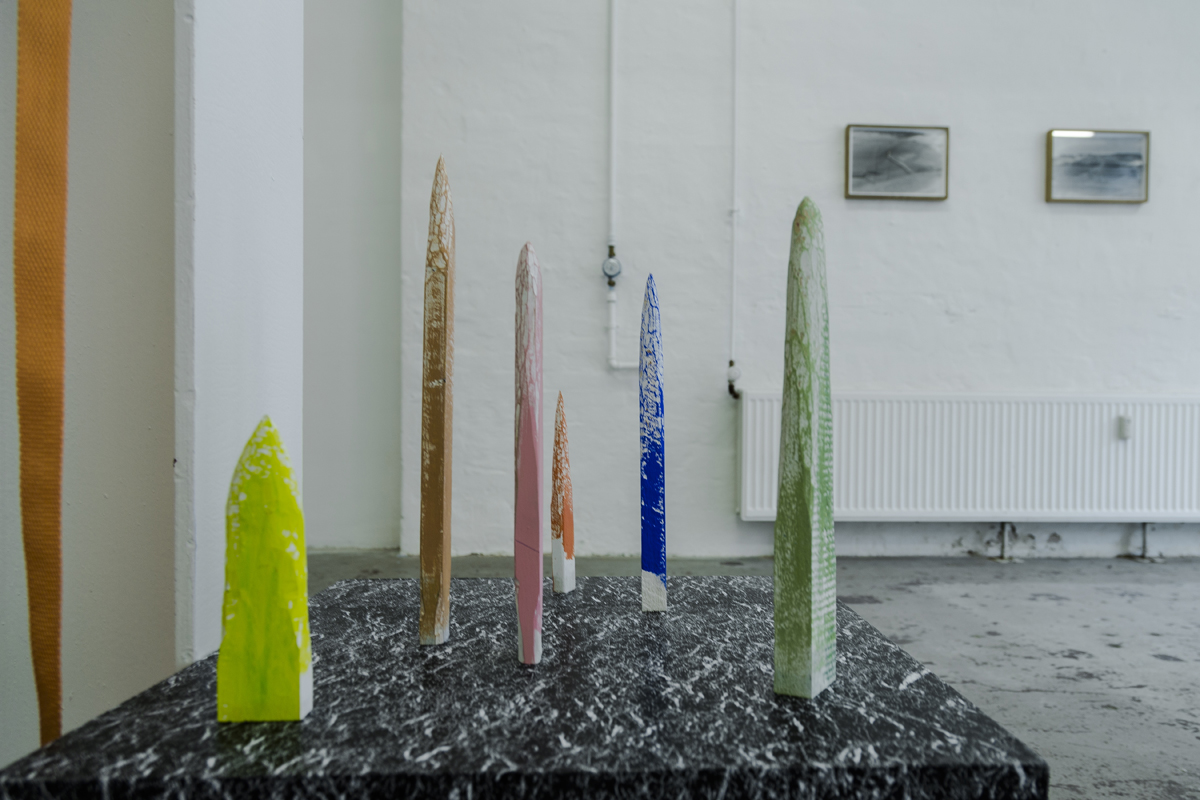 Markus Zimmermann brings with him his own universe, where hand-made furniture, small-scale models, and material surplus are integrated into an expansive sculptural environment. Almost thought as a parasitical sculpture, the modules of Backpack-Archives stage their autonomy. Developed especially for the show, the piece is made to be adapted to any room and to be installed by any person upon individual preference. 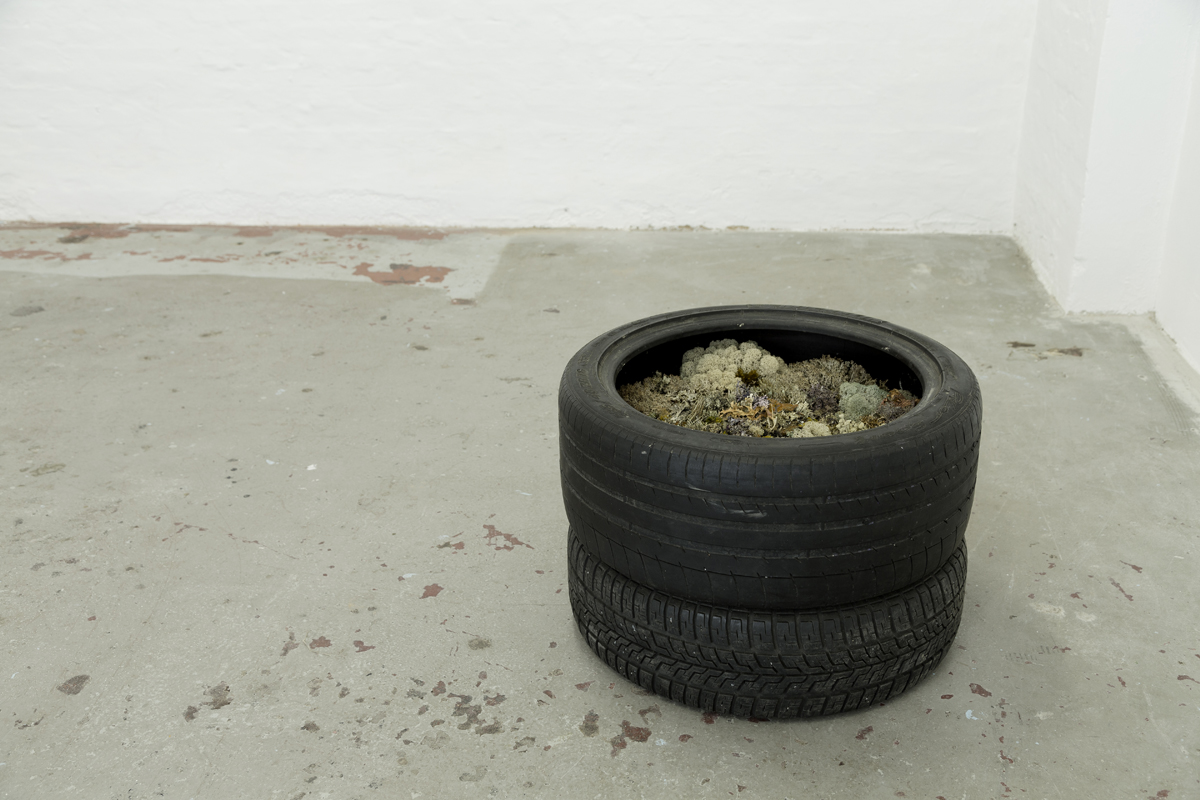 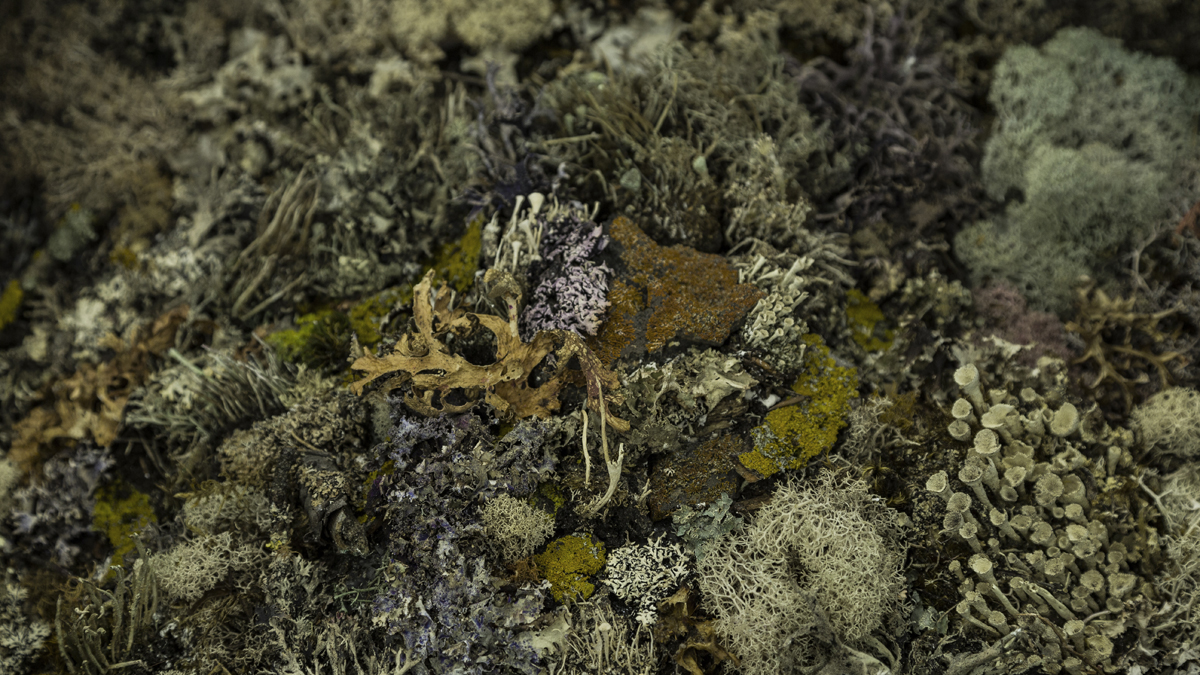 Above all, Wolf von Kries is a collector. Random objects, anecdotes and the like have been accumulated during travels, unplanned meetings, and other social interactions. His contribution to the exhibition, Lichen, is a symbiotic association between a fungus and algae with a potential lifespan of over 4000 years that lives as an intrinsic cosmos: without territory, independent from soil and almost entirely from sun. It survives even Earth’s most extreme environments. 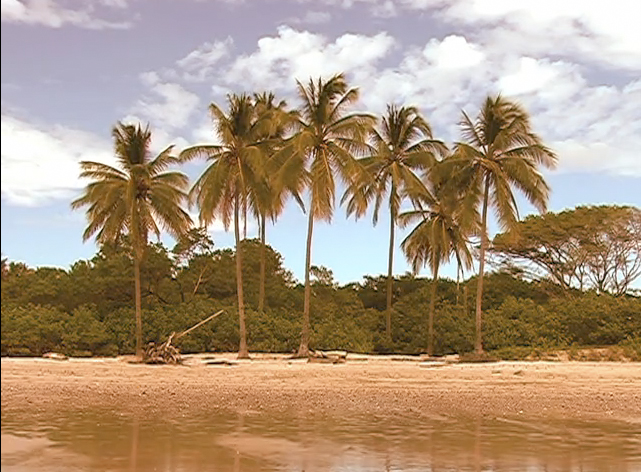 In Lost Horizon I, Pia Greschner rigs the postcard beach cliché into an ominous space. Although the video presents a paradise-like landscape with palm trees on an idyllic beach beneath bright blue sky, the spatial feeling is disrupted by the violent sound of helicopters. Although we never see the helicopters, the expectation of a possible terror or upcoming drama distorts the peaceful feeling. 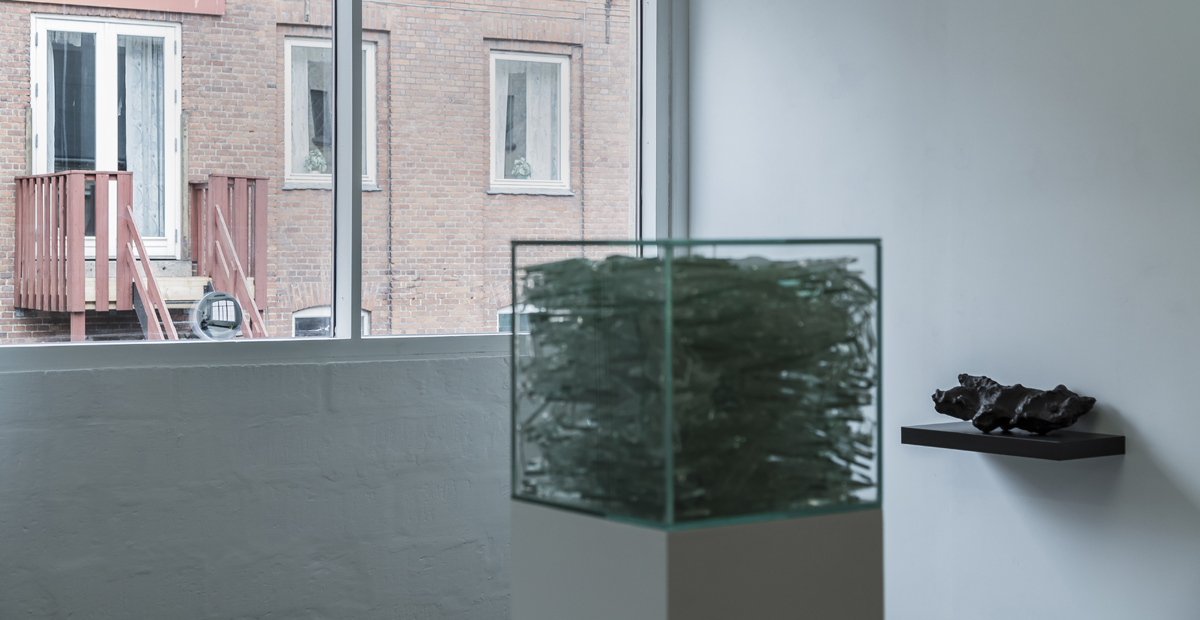 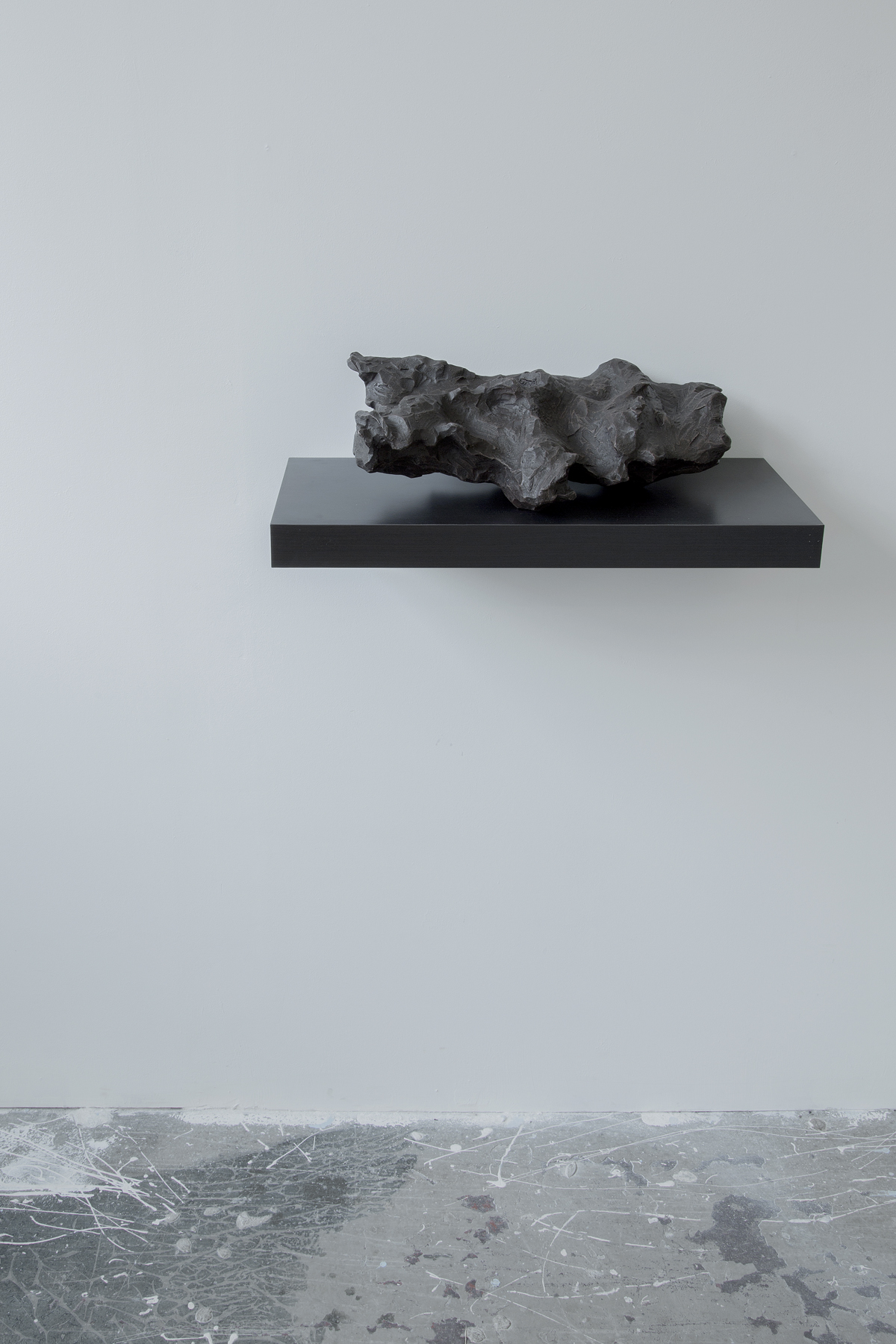 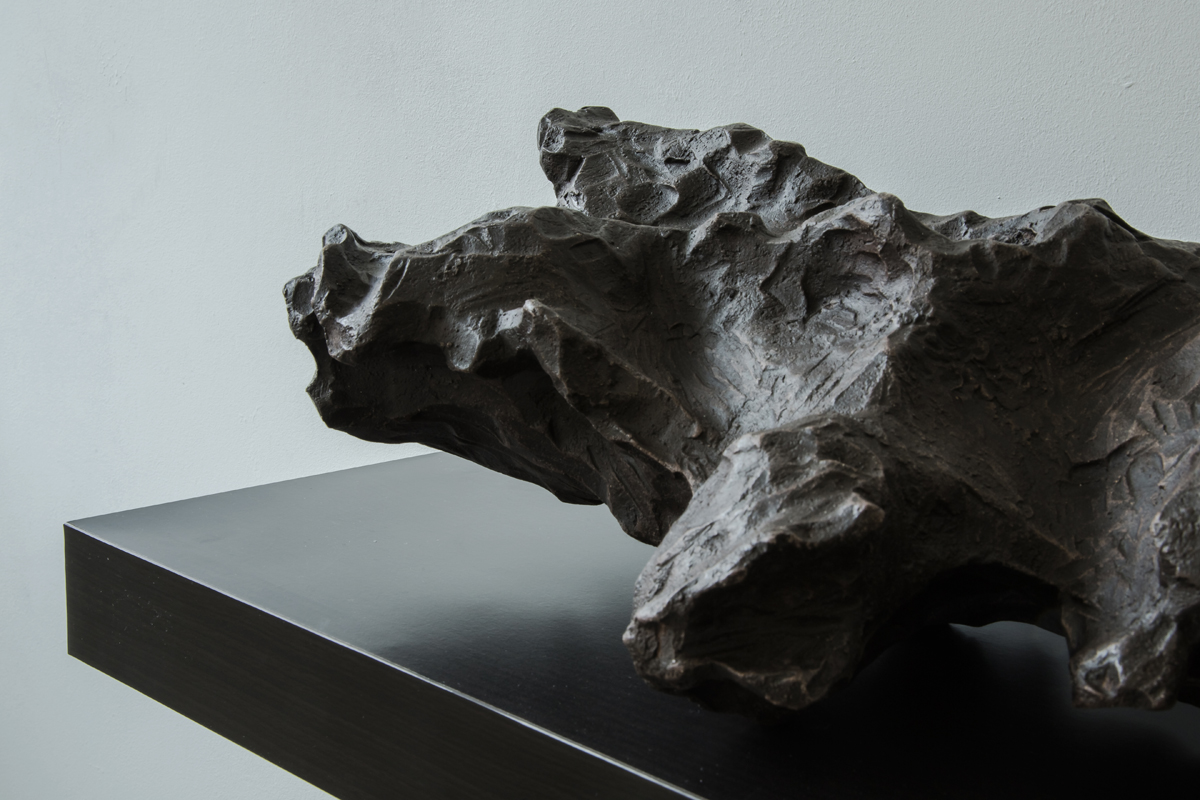 das älteste Stück Ding, by the collective Mahony, presents the reconstruction of “the oldest piece you ever touched”, exhibited in the National Maritime Greenwich, England. Inspired by this bizarre object and the fact that mankind is possessed with defining the oldest/newest or greatest/tiniest objects, Mahony made a replica out of clay and shoe polish using a blurry picture taken secretly at the museum as reference. 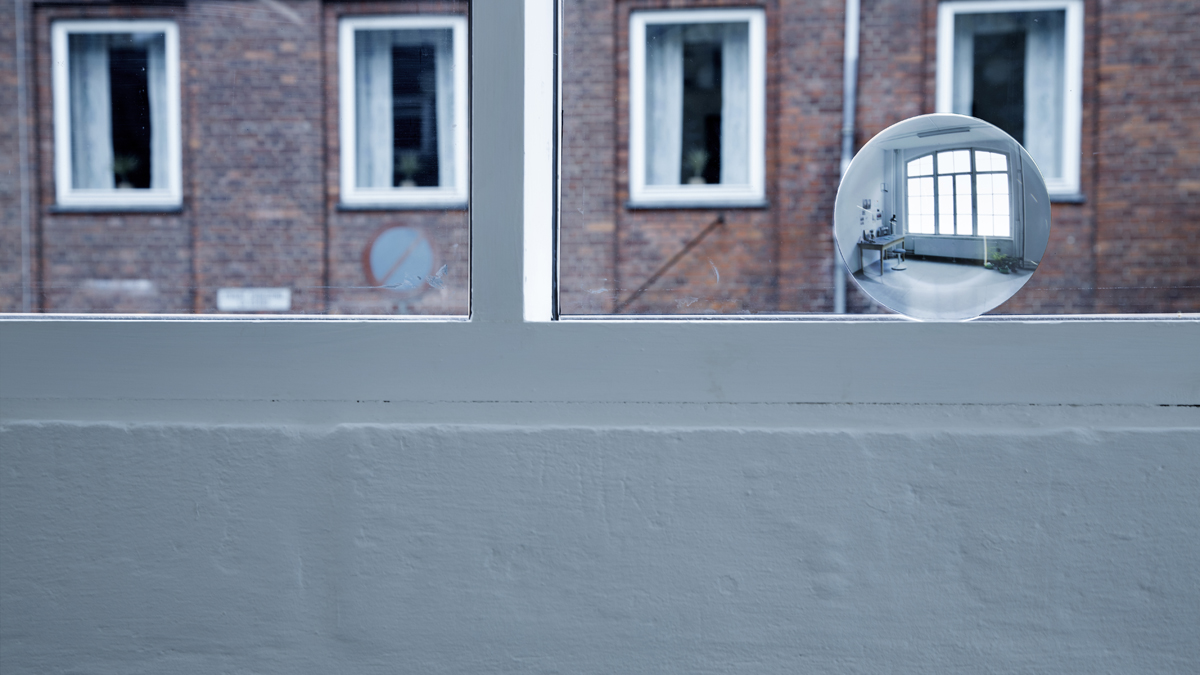 In his piece Studio Ulrich Vogl twists a lens showing a photograph of his art studio. In doing so, he turns the art studio itself into the theme of a small artwork, thus illustrating the idea of the artist studio as a space where thoughts and ideas circulate. By cutting out the windows in the image, the lens generates the poetic illusion of a real illuminated space.

The exhibition is supported by the Danish Arts Council 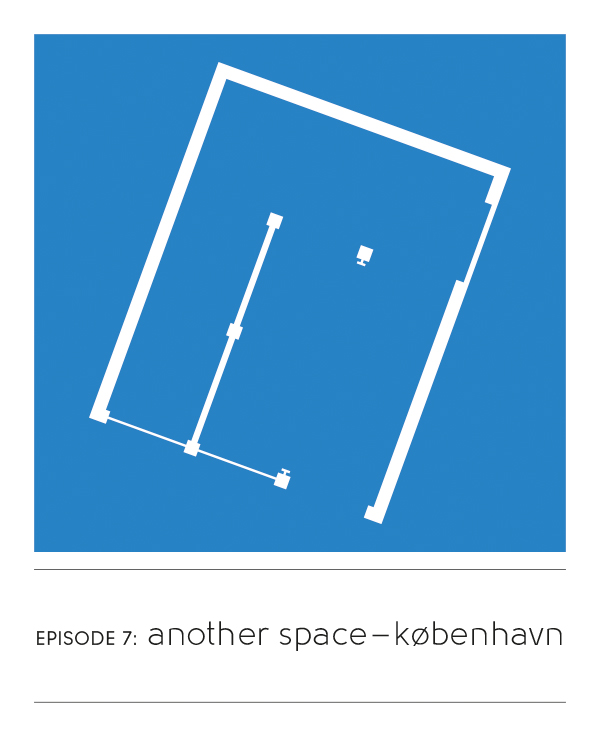