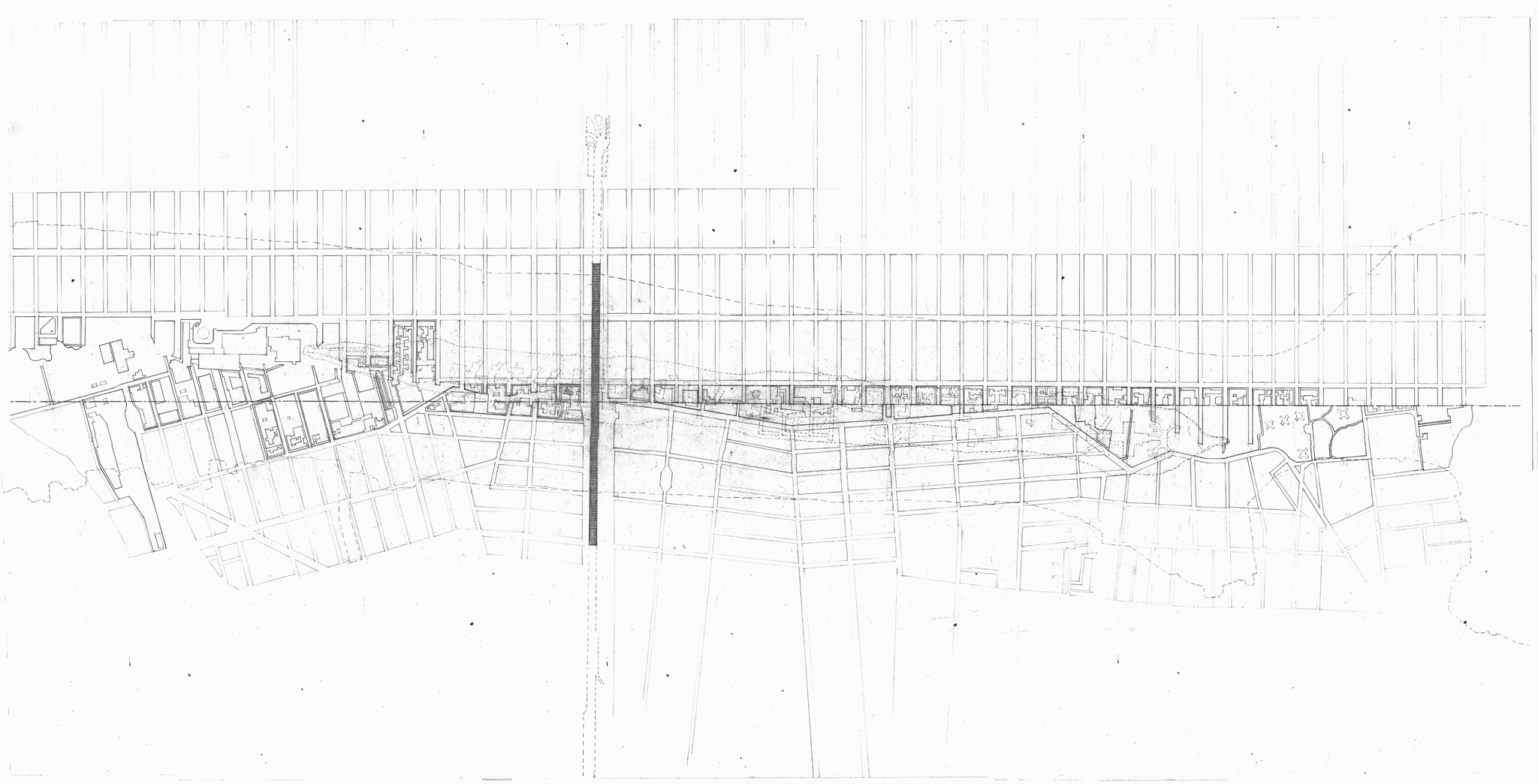 Clara came from New York, finding Frederik in preparation for the workshop, and within a couple of days, the exhibition space was transformed from a cold and empty room into a place of action. It was gradually filled up with furniture (a light-table, light boxes, desks) and drawings, layered and piled on top, rolls of paper, tools. Then it was filled with students from the School of Architecture, words and images of Roosevelt Island, and the project thickened; content expanded and more layers were added with new sheets of paper and ideas from the people who came by to draw and to talk.

A reading of Roosevelt Island as a faint, in-between place, triggered the first move in the two architects’ drawings of the island. Historically a place of outcasts, it is by-passed by the Queensborough Bridge, overlooked on the journey between Manhattan and Queens. The connection between the two boroughs was taken to an extreme consequence in the initial drawing; the urban grids are pulled and stitched together, swallowing Roosevelt island and forming new imagined spaces.

The exhibition is a moment in a process, where the drawings presented are not complete or pristine representations, but layers informing new iterations. For architects, drawings are usually instructions for building, and represent a materiality outside the drawing. In Liminal City, the imagined architecture is directly related to the materiality of the drawing itself, with the layering, lift and fold of the paper informing the architectural constructions marked on it. The playful actions and their consequences within the drawing, form specula¬tions about the island and the city that are liberated from pragmatic thinking, physical laws and economic and social restraints.

Over the past week we have seen the contour of Roosevelt Island drawn and redrawn in different scales and line-weights, with varying informations and levels of detail. But the rec-ognition of its form hasn’t brought us closer to a full understanding of the place, the island still hovers beyond a threshold. What we have come to know is some of its potentials, and the architectural imaginations that have responded to its conditions. 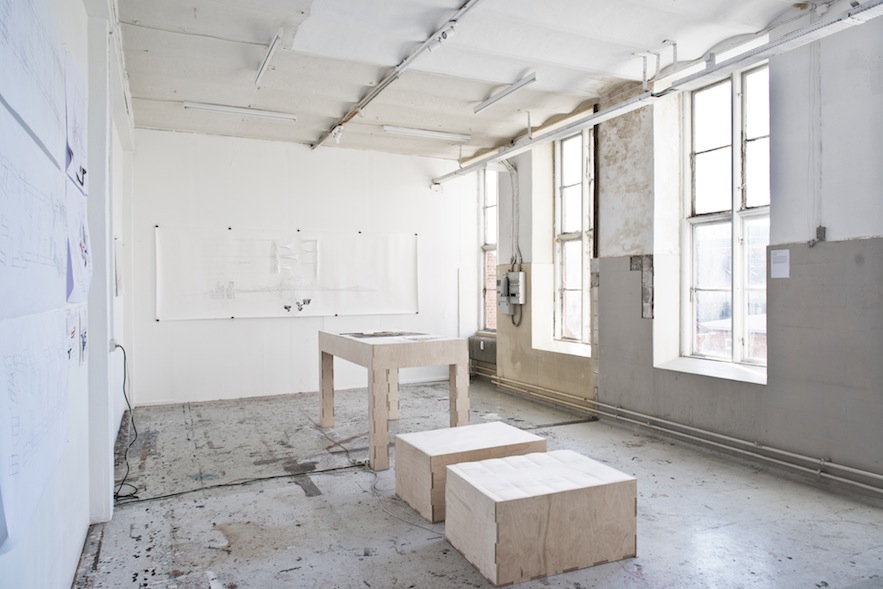 Historically, it was an island of unwanted citizens – the island of prisons, hospitals, almshouses and insane asylums, whose existence was ignored, the only permanent “inhabitants” being the intangible conditions/ideas of time – time spent and lost, anticipation and yearning. The Island, originally called Blackwell’s Island, was a hill in the water 3 kilometers long and 200 meters wide, upon which the mad and the small pox infested citizens were plucked out from the grid of the city then dumped.
To the temporary inhabitants of the island, the image of Manhattan across the river, was a constant reminder of the “reality” they were denied. The island defined Manhattan as a form of Utopia, “a good place and no place”.

However, there is a new understanding of conditions/ideas of the Island. The limited connection to the surrounding city creates the sense of escape – freedom from the absurdity, and conventions of New York City. The Queensborough Bridge, which bypasses the island, hovers over it in its grand scale and buries the island underneath it. The Island exists below the datum of the functioning city – a subterranean island.
The continuous vectors of movement of the Manhattan grid skip the island. The only relation to the grid is the aerial tram that connects to the city. By lifting off from the Manhattan, it sections through a couple of blocks, gaining altitude along the way. Halfway along its journey, it is as high as the Queensborough Bridge road. During these few minutes, the city and the island is one. It reorients the city – extruding the grid.

The quiet, slow, half-elliptical journey onto the island keeps the island suspended in the air on its cables, above the hum of the city – a suspended island.
Architectural mechanics and constructs that once supported the transportation and the enclosure of the institutionalized individual, has now become means for an experiential journey of escapism. These constructs are an architectural language and logic to which Roosevelt Island becomes the site.
And a new vision for not just New York but A CITY: The Liminal City.

The historical data and Liminal City will emerge simultaneously through the filtering of the Light Table, evoked through the quiet, slow scrutiny of analog drawing.
The site becomes the paper, the surface from which the Liminal City is both buried below and hovering above, suspended between the opposed facing facades of the surrounding city. 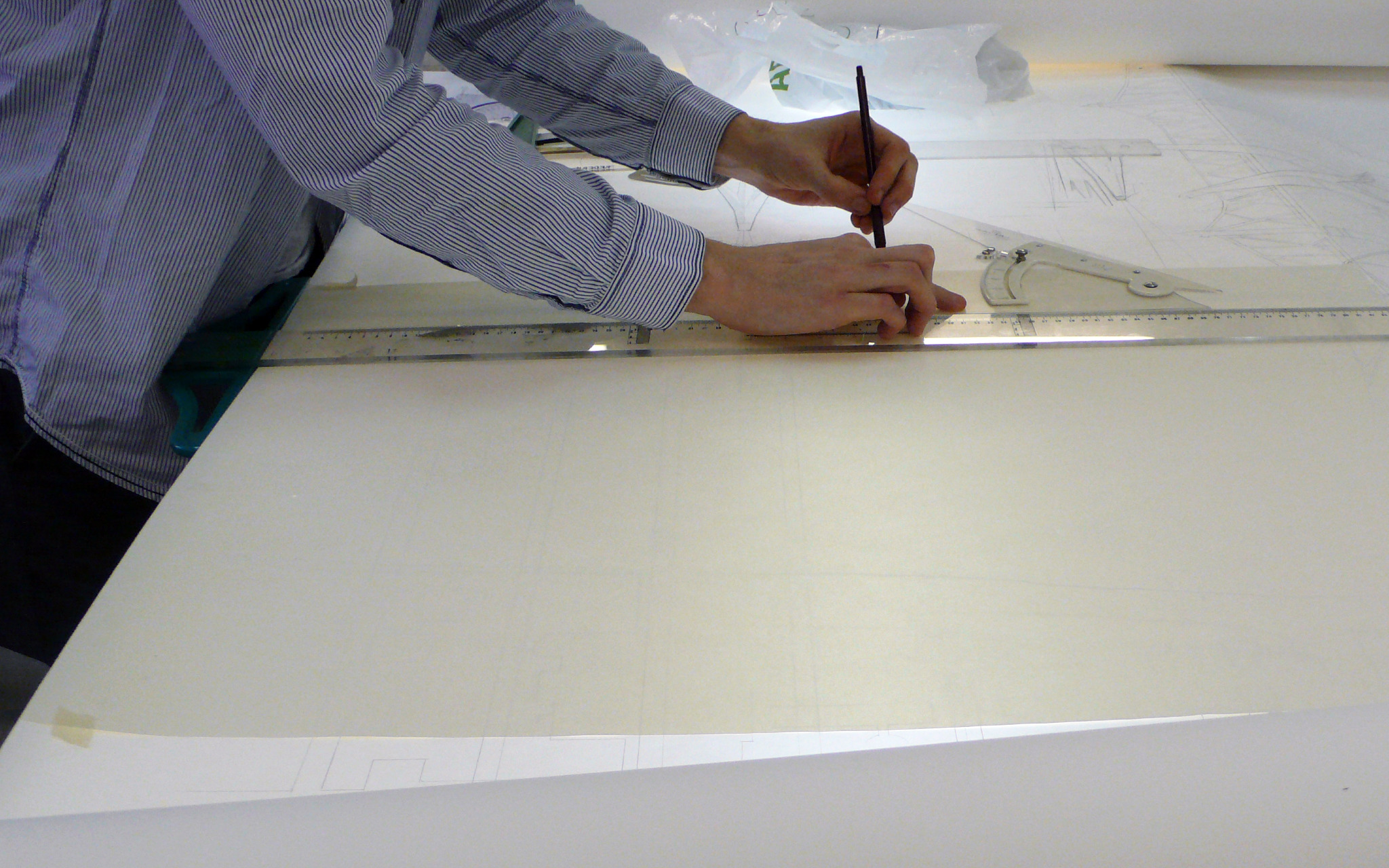 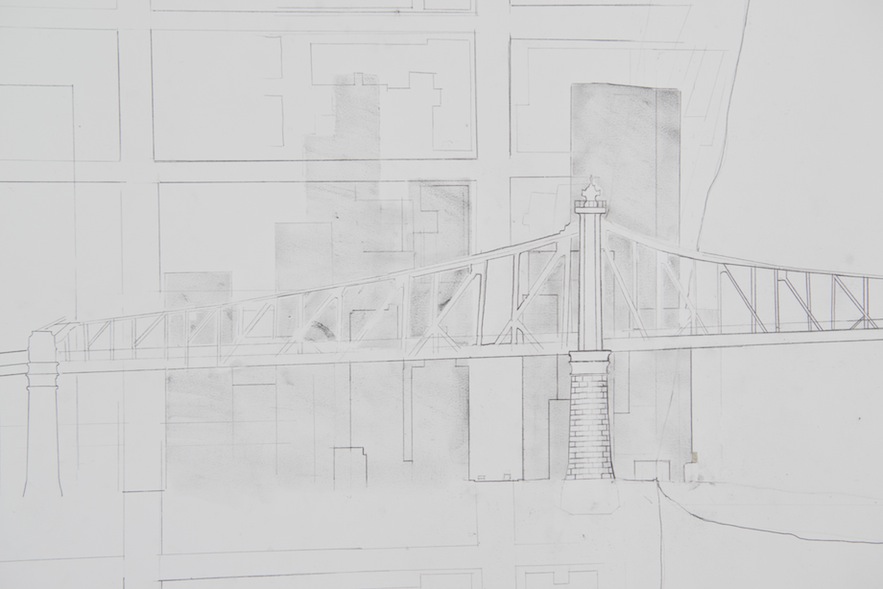 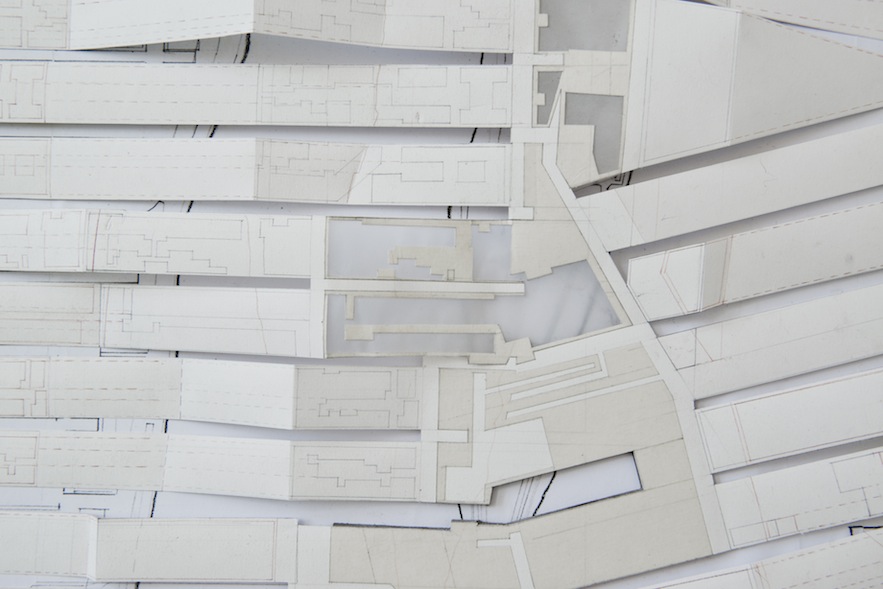 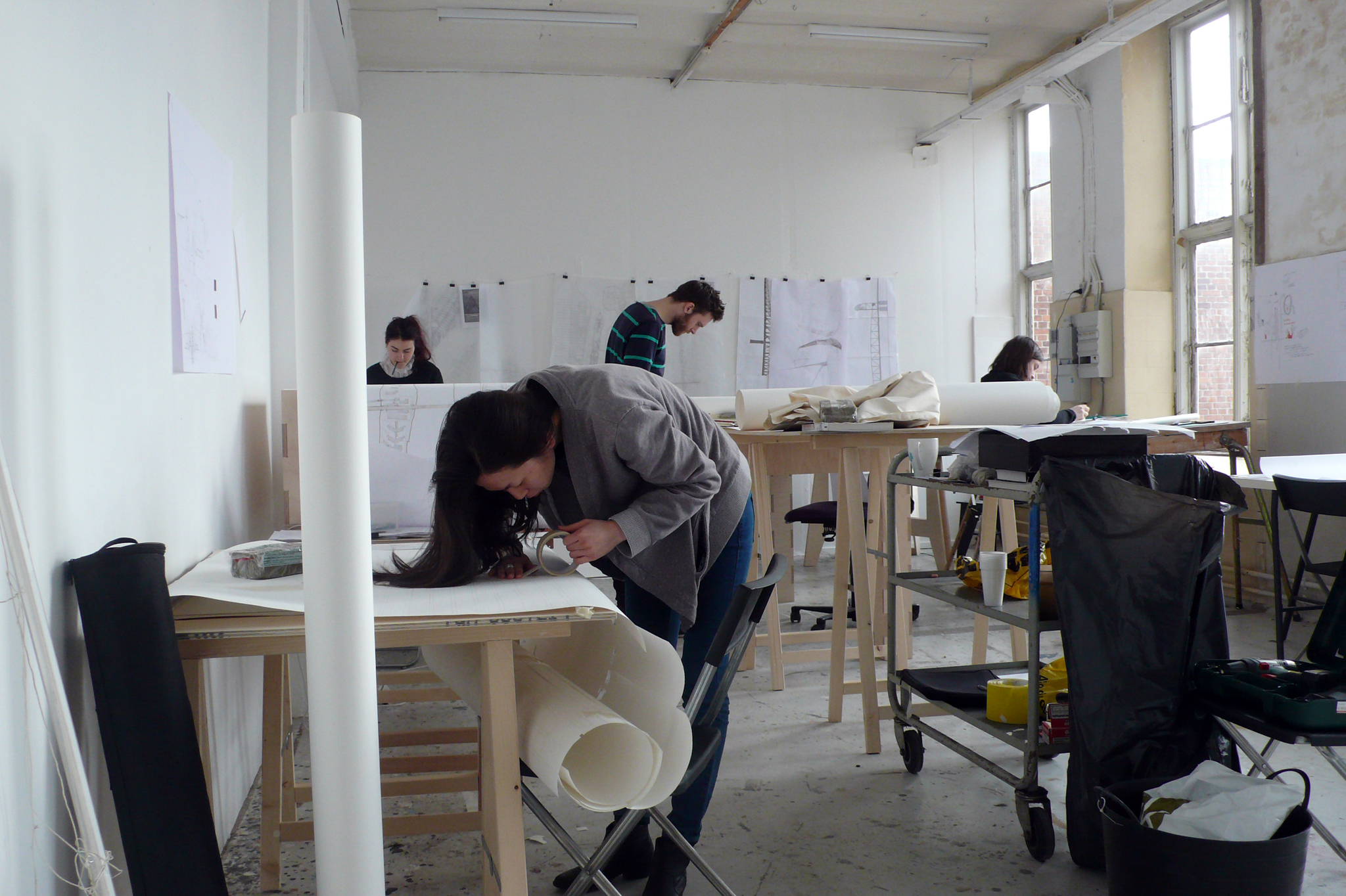 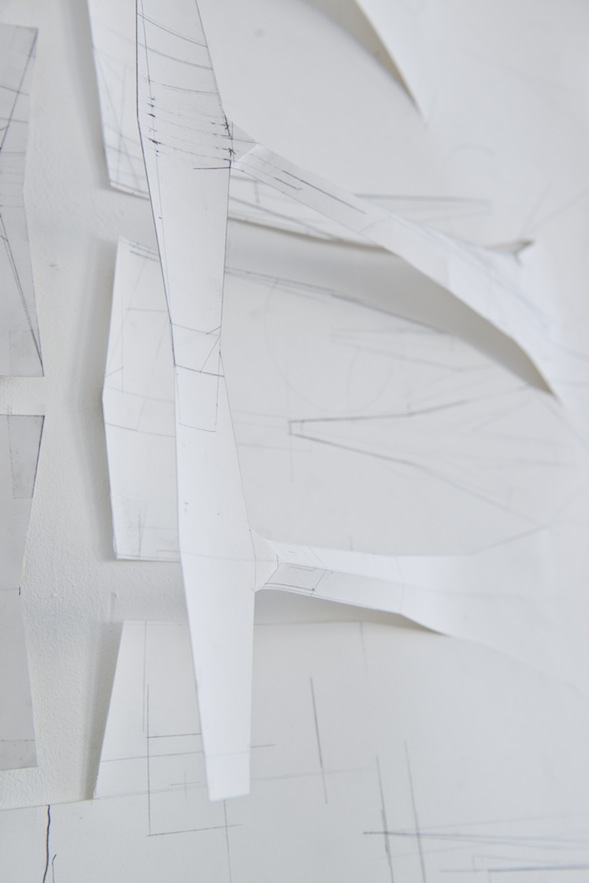 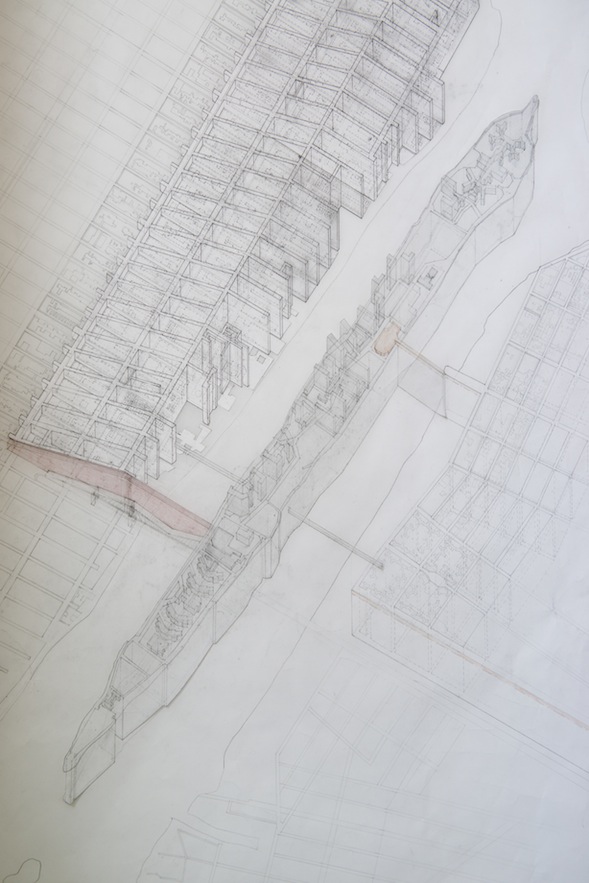 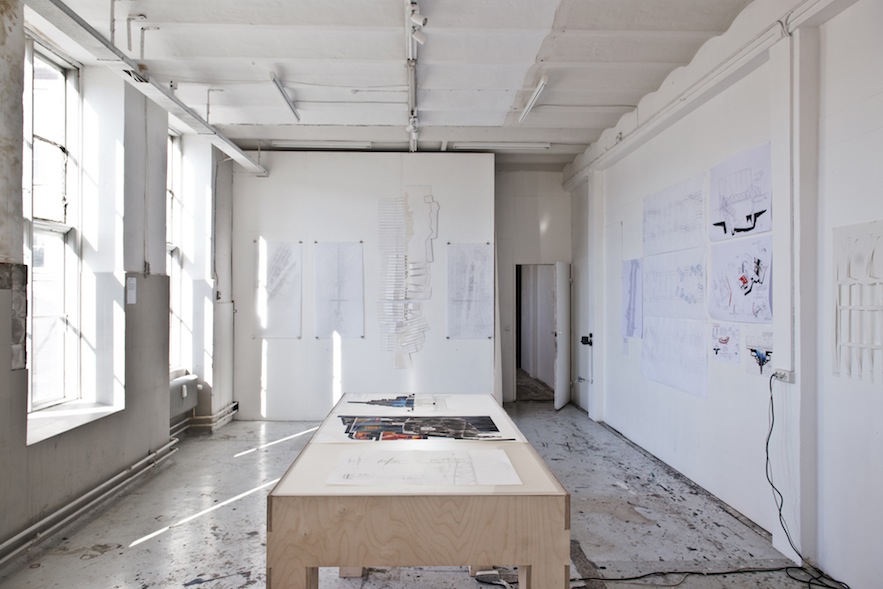 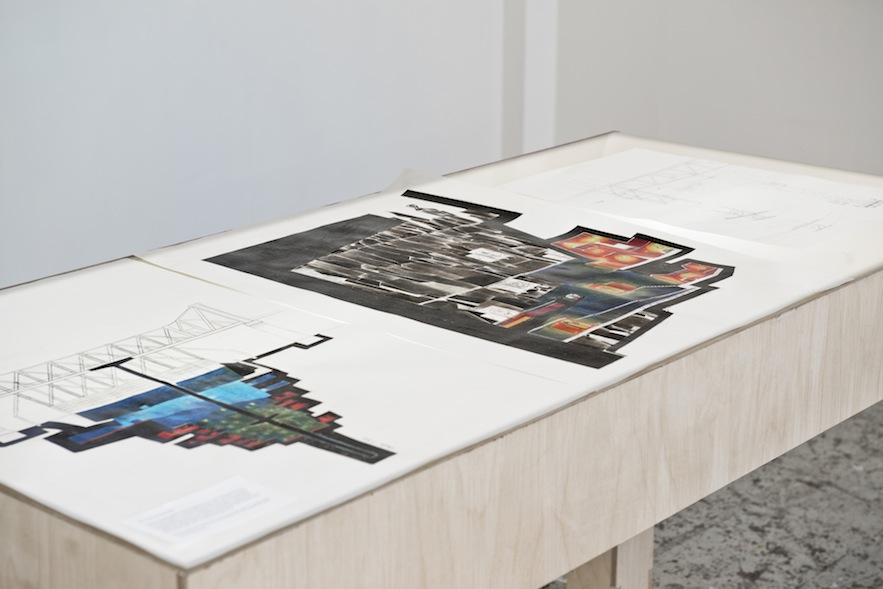 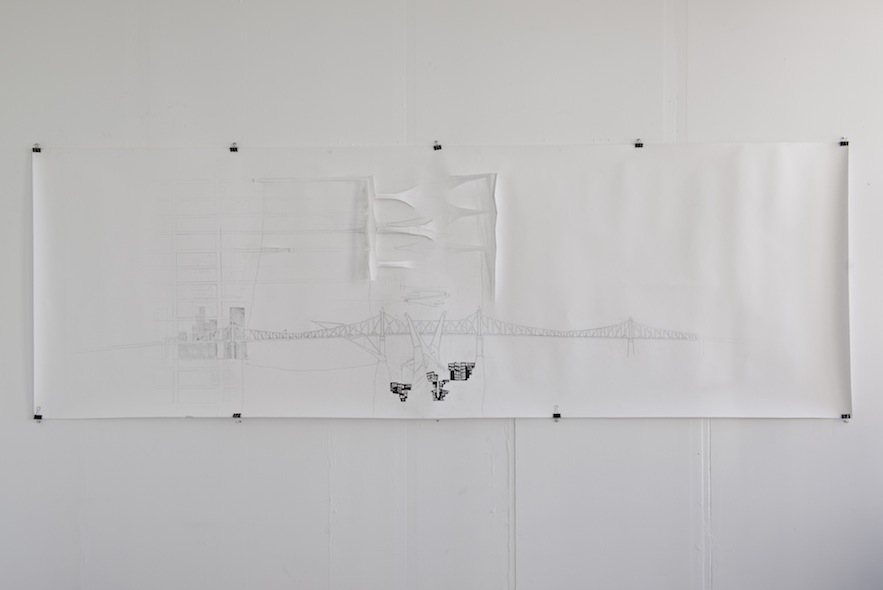 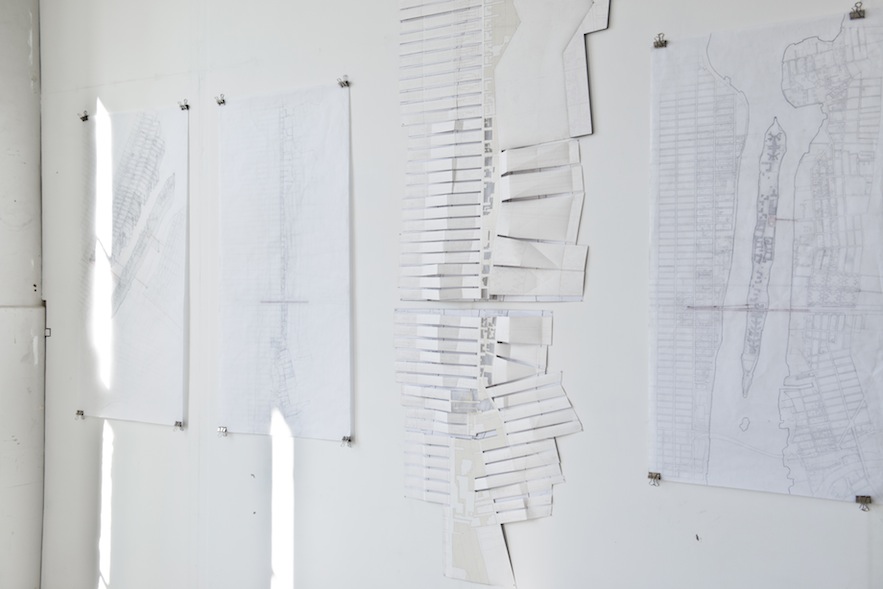 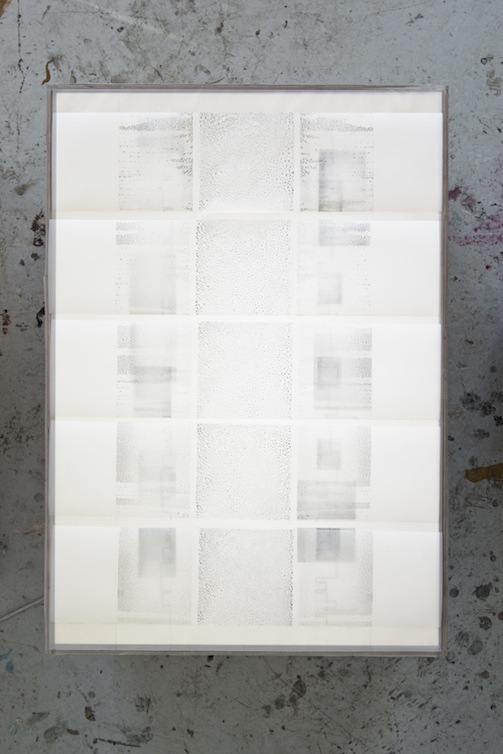 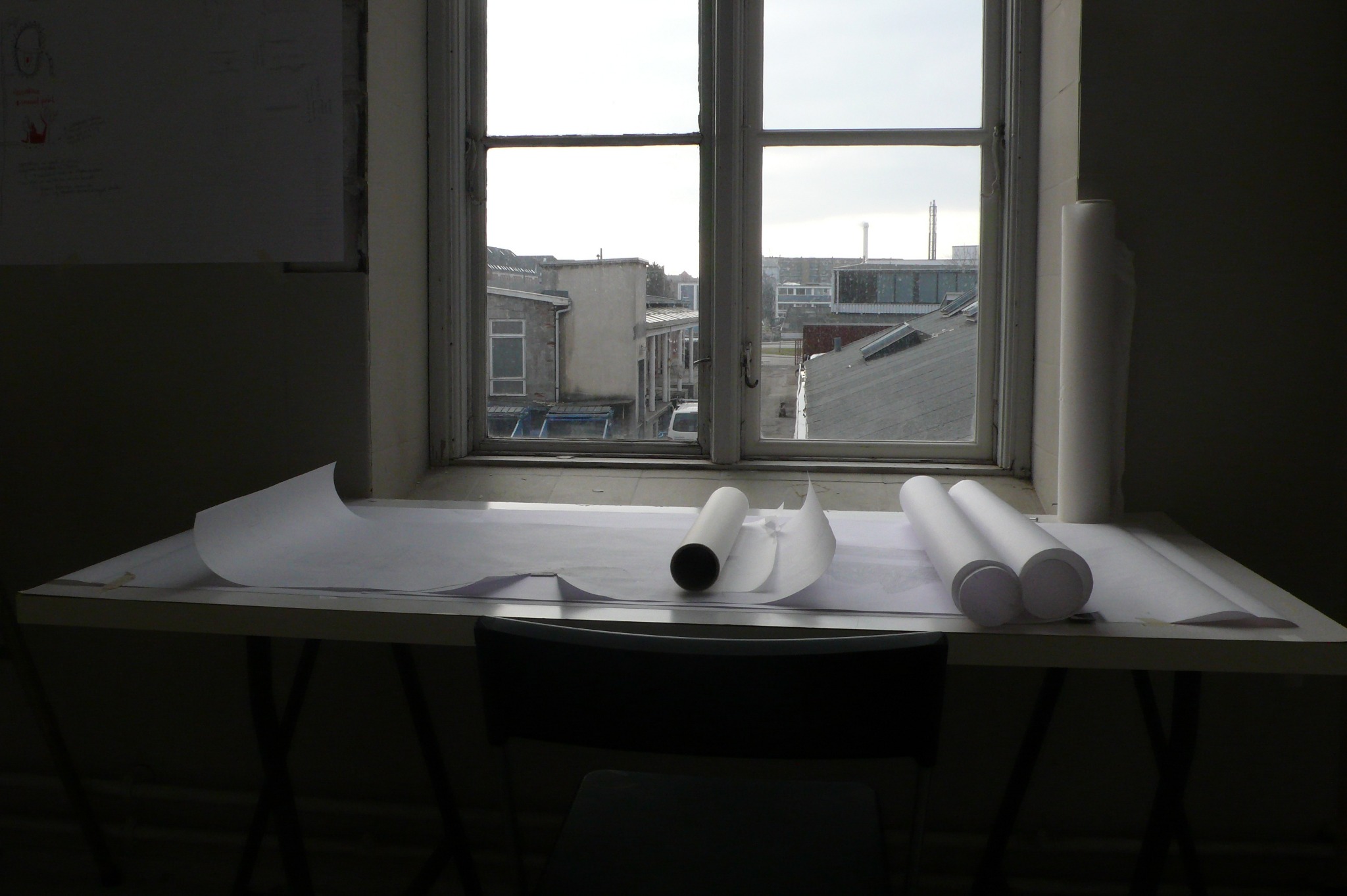