For Poppositions, Another Space invited the Italian artist Luca Vanello to create a site-related installation consisting of sculptures, images and a nearly invisible spatial intervention. The exhibition was on display in a separate room in the large, redundant spaces of the former Post Office that served as this year’s venue, and contained both Vanello’s most recent works as well as work specifically produced for the space.

The exhibition at Poppositions explored the theme of loss and how we deal with traumas and regrets. A series of photographic prints contain visual distortions caused by the development of a code that inserts text inside the binary structure of the digital images. Vanello approaches the binary structure as the materiality of the image, and manipulates it in a similar way as when working with physical matter – reversing it to an elemental state in order to create new form and meaning. The sculptures presented are subtle works carrying resemblance to everyday objects. Some contain belongings or traces of anonymous persons, while others simply evoke the feeling of something unspoken. The video is a written abstract narrative related to the use of everyday objects in the re-enactments of traumas during treatment of PTSD. Here, Vanello illustrates how simple objects can be charged with meaning and memory in the most extreme sense and at the same time have an agency of their own. The site-specific intervention There (paraphrasing) consists of the last belongings of a person who passed away. The objects have been deconstructed and reversed to an elemental state before the material is re-inserted as part of the architecture, leaving the belongings present and visible but unrecognizable as they are merged with the space. 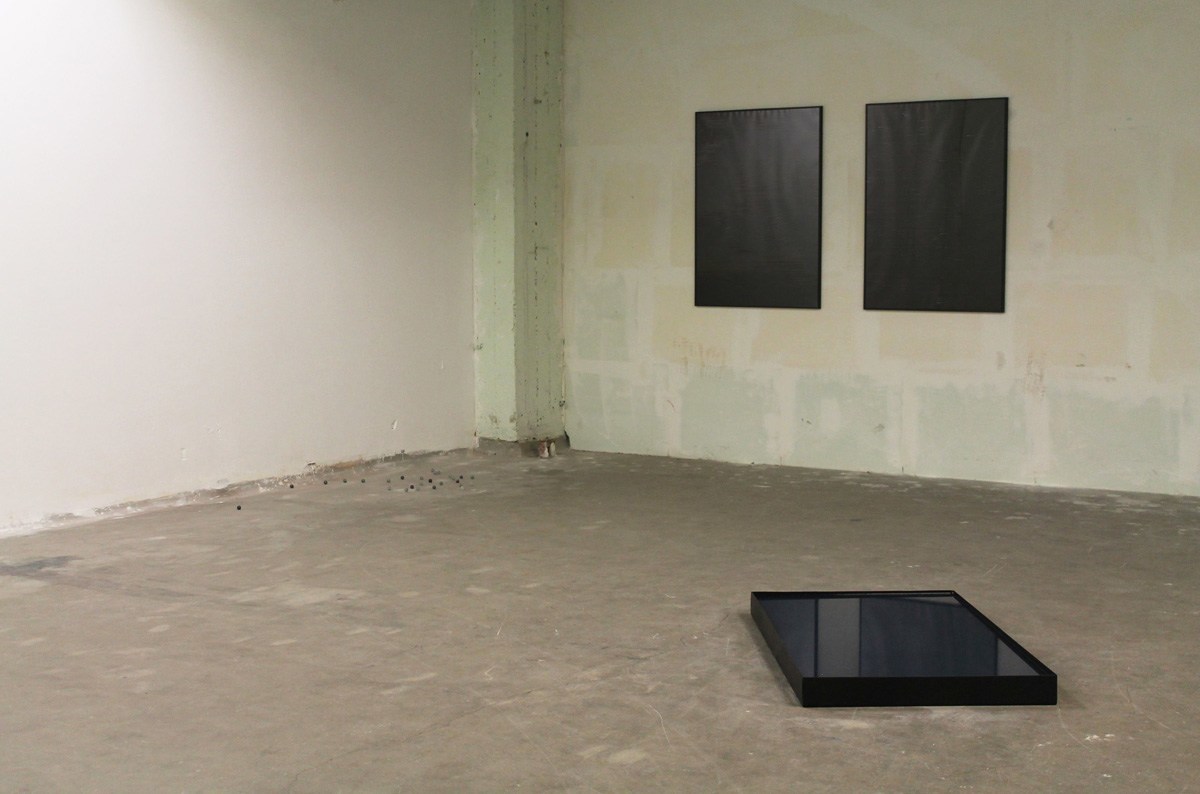 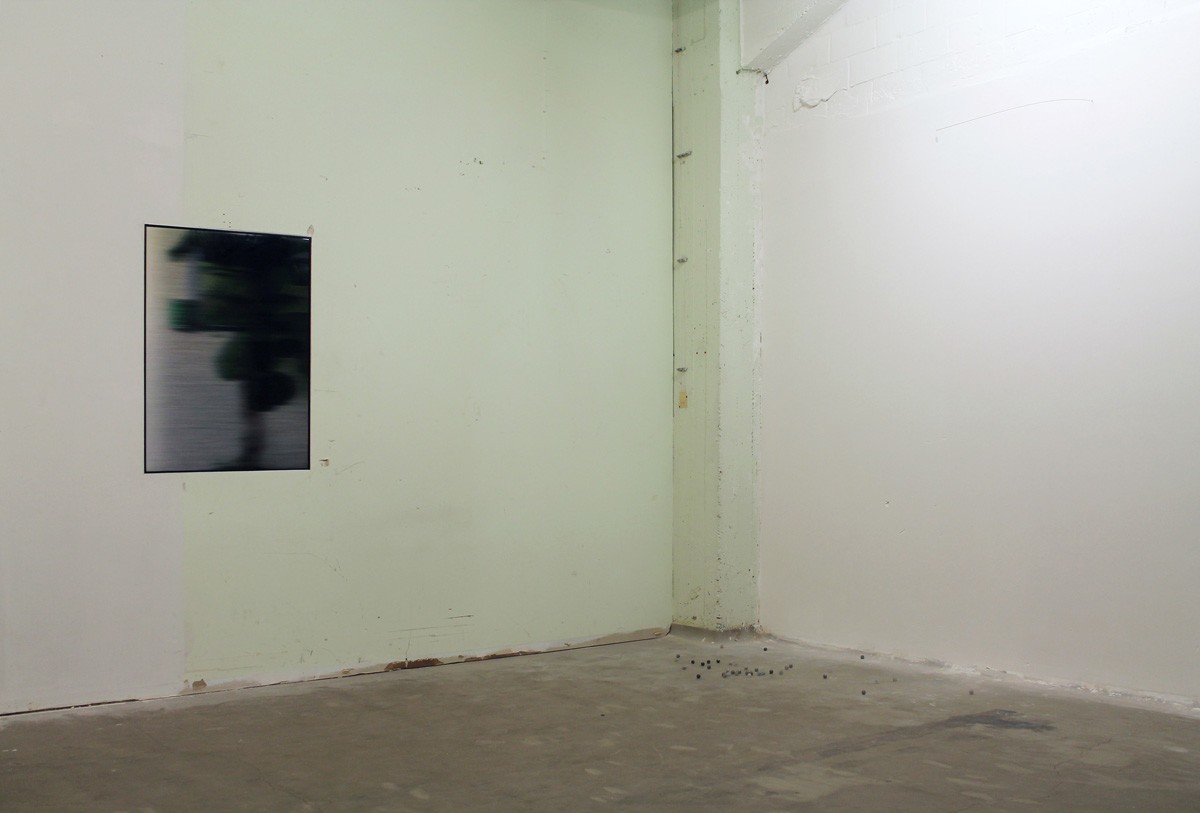 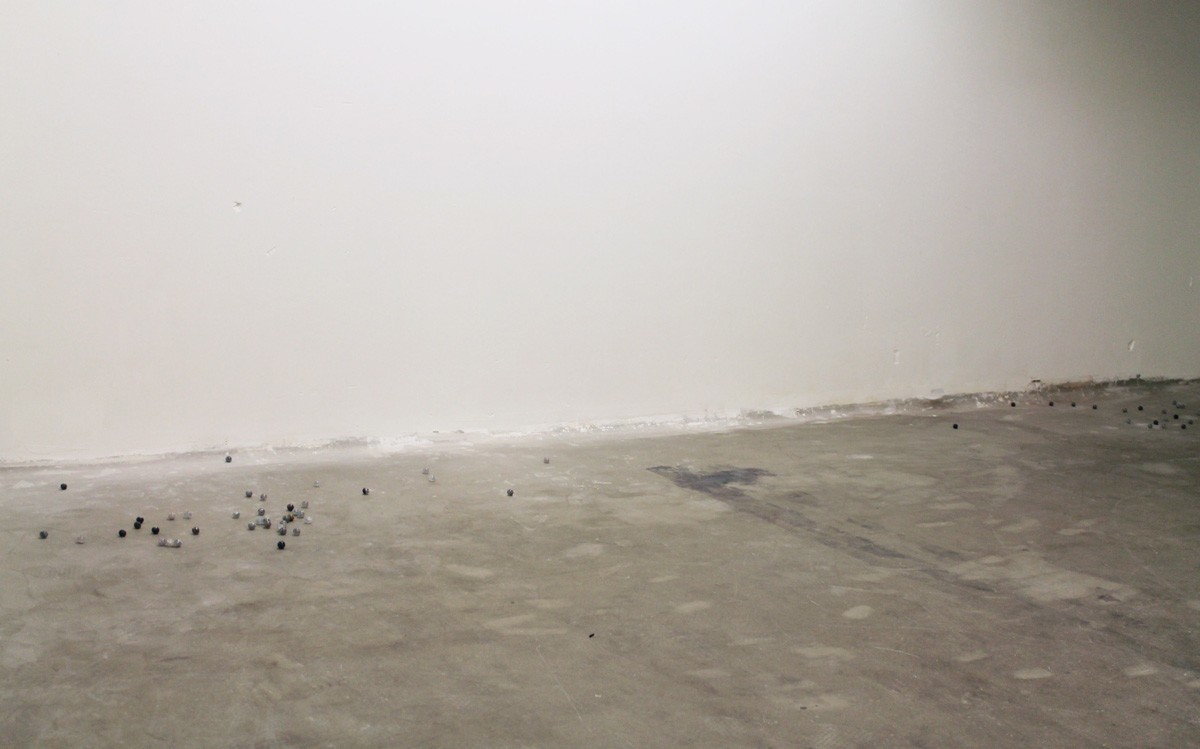 The last written words of a person who has passed away were erased and the resulting pigments mixed in water. A piece of white A4 paper was immersed, slowly absorbing the substance. 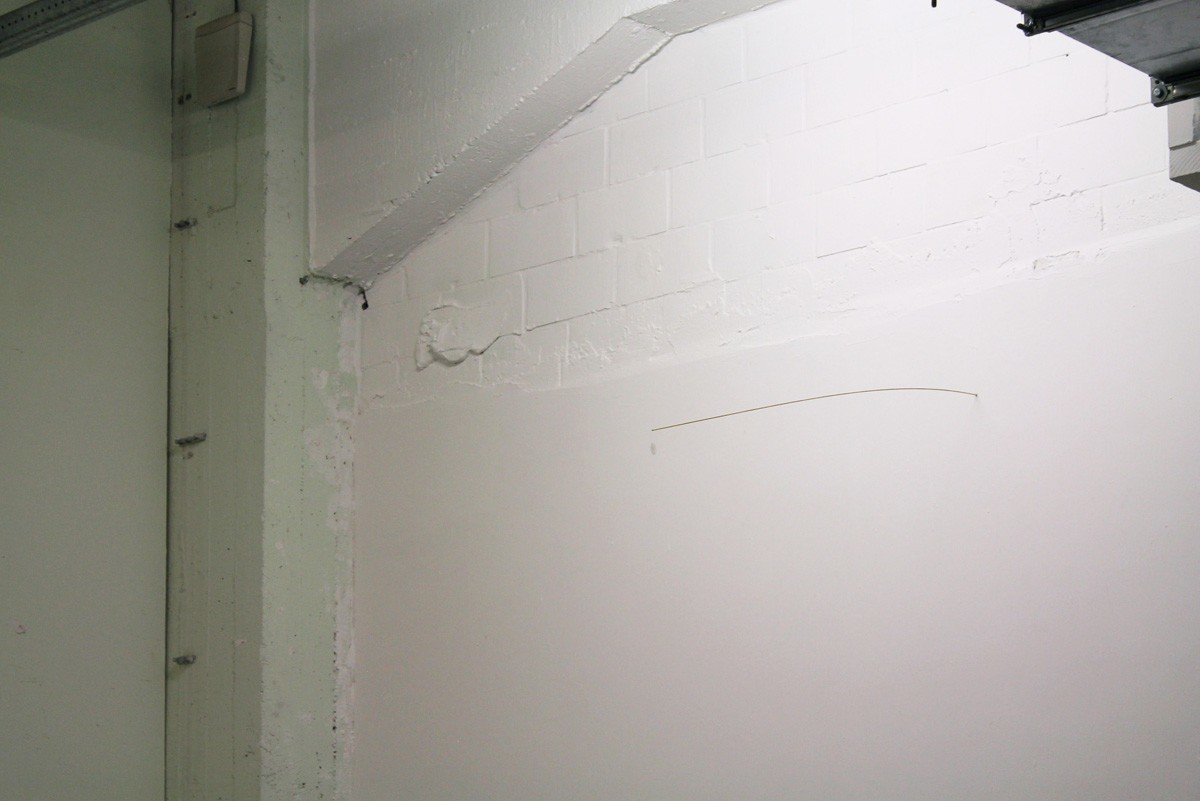 Silicon cast of the negative space between two fingers. The cast is hung to a brass rod which bends to its “weight”. 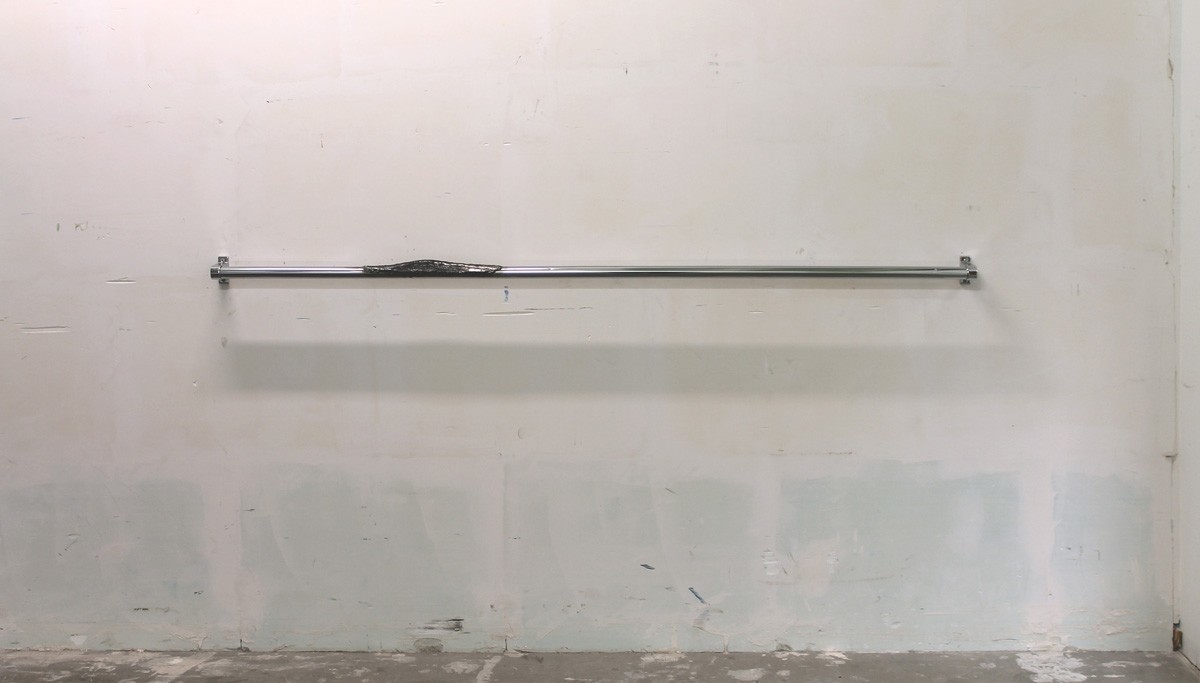 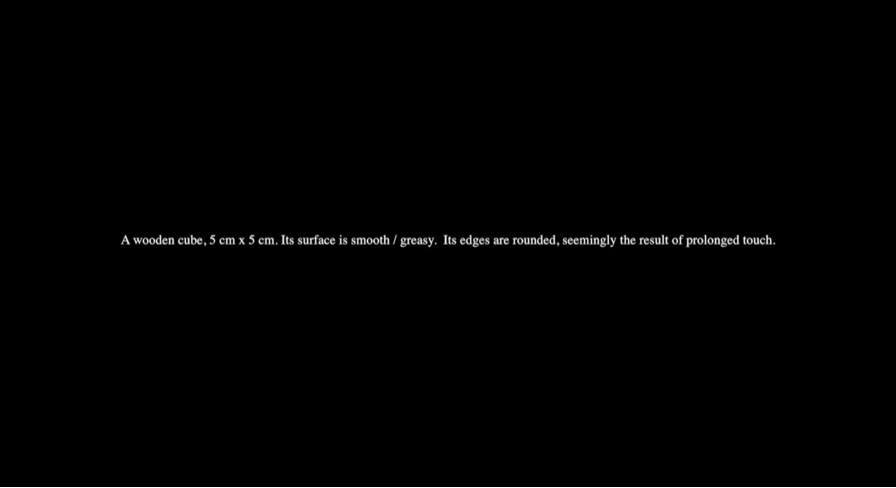 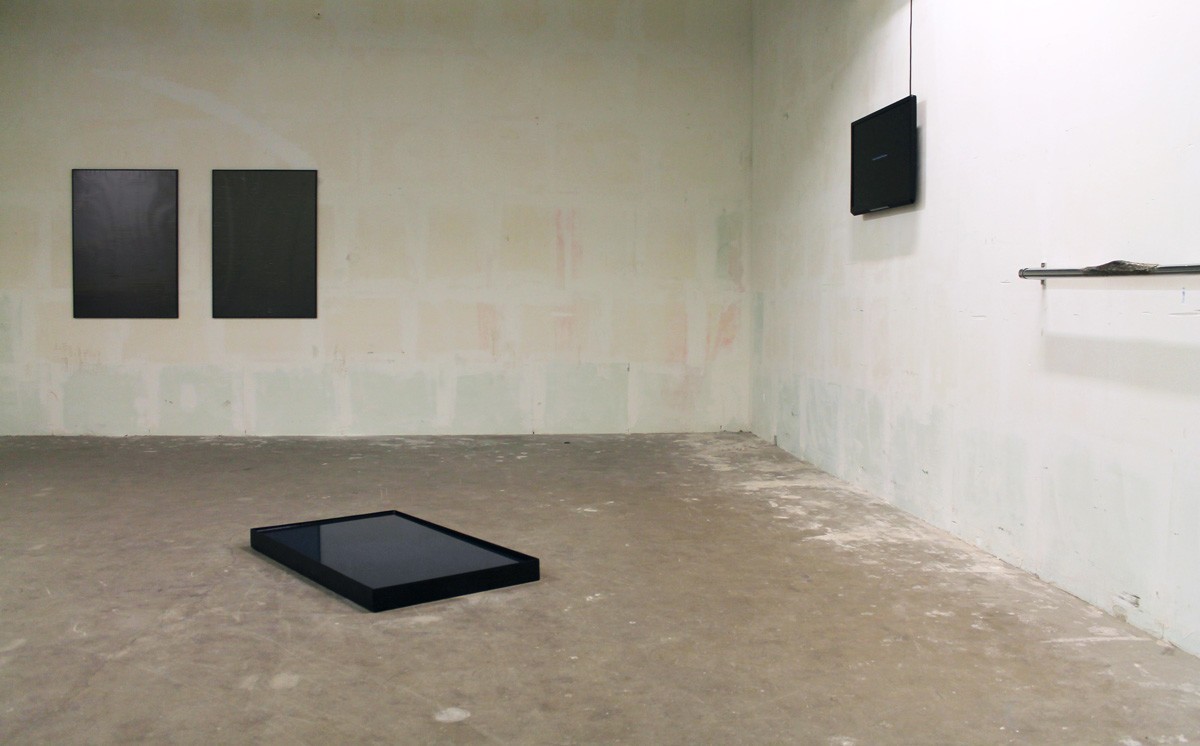 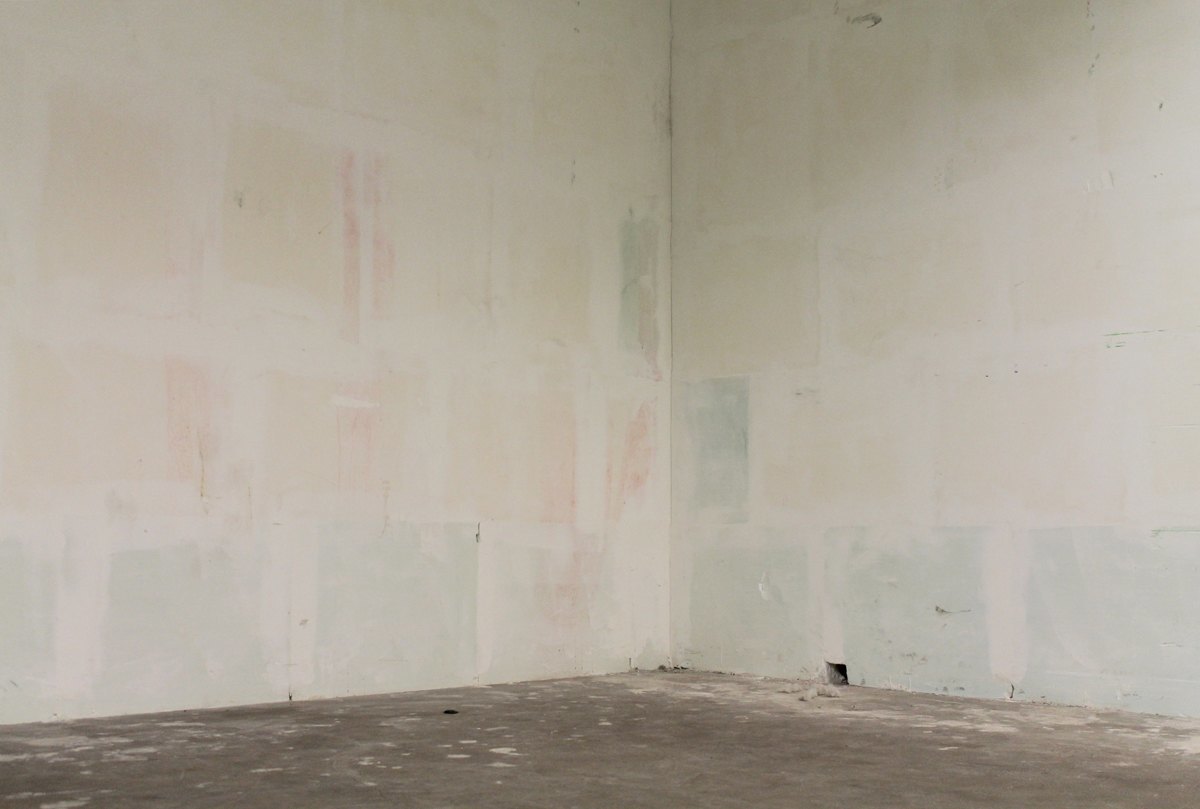 Luca Vanello (b. 1986) is an Italian artist based in Berlin, where he was educated from the Berlin University of Arts in 2013. Vanello has an interest in the socially excluded and the unseen, and in his work he transforms specifically selected materials and objects that are viewed as an embodiment of large-scale contemporary realities. By making use of the seductive force of material and material processes, Vanello seeks formal and poetic articulations of these aspects of the human condition. This confrontation is made accessible to the viewer through the strange combination of the intimate and the impersonal, creating both emotional response and rational contemplation.

Conceived as an experiment with the art fair format, POPPOSITIONS is an assembly of galleries and hybrid art spaces. Changing location within Brussels for each edition, the off-fair aims to occupy a critical position during Art Brussels.