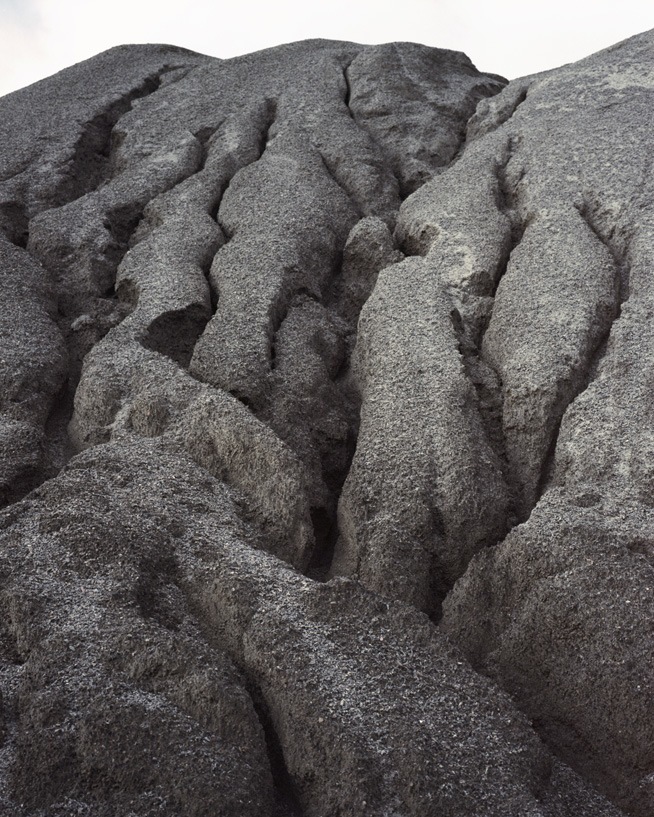 “One’s mind and the earth are in a constant state of erosion, mental rivers wear away abstract banks, brain waves undermine cliffs of thought, ideas decompose into stones of unknowing, and conceptual crystallizations break apart into deposits of gritty reason. Vast moving faculties occur in this geological miasma, and they move in the most physical way. This movement seems motionless, yet it crushes the landscape of logic under glacial reveries. This slow flowage makes one conscious of the turbidity of thinking. Slump, debris slides, avalanches all take place within the cracking limits of the brain. The entire body is pulled into the cerebral sediment, where particles and fragment make themselves known as solid consciousness.”

Robert Smithson: A Sedimentation of the Mind: Earth Projects 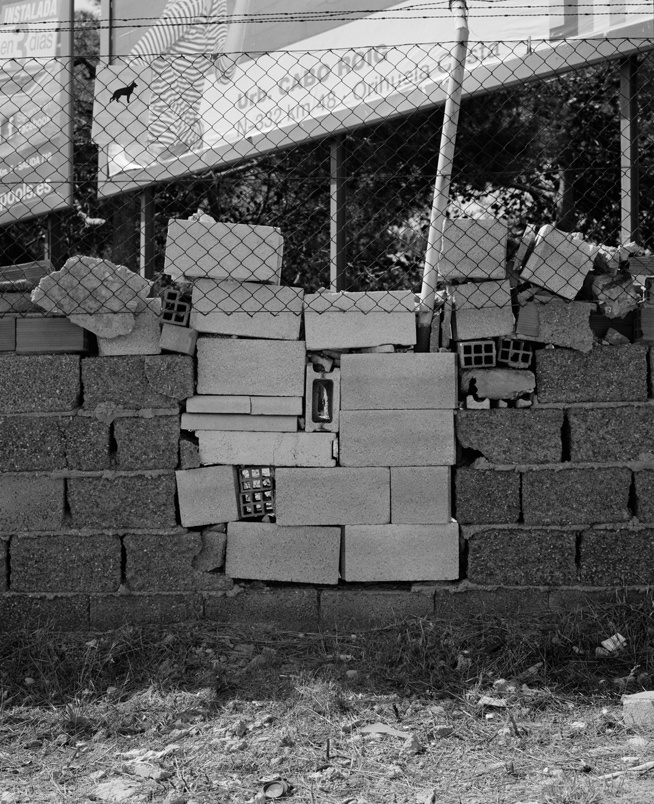 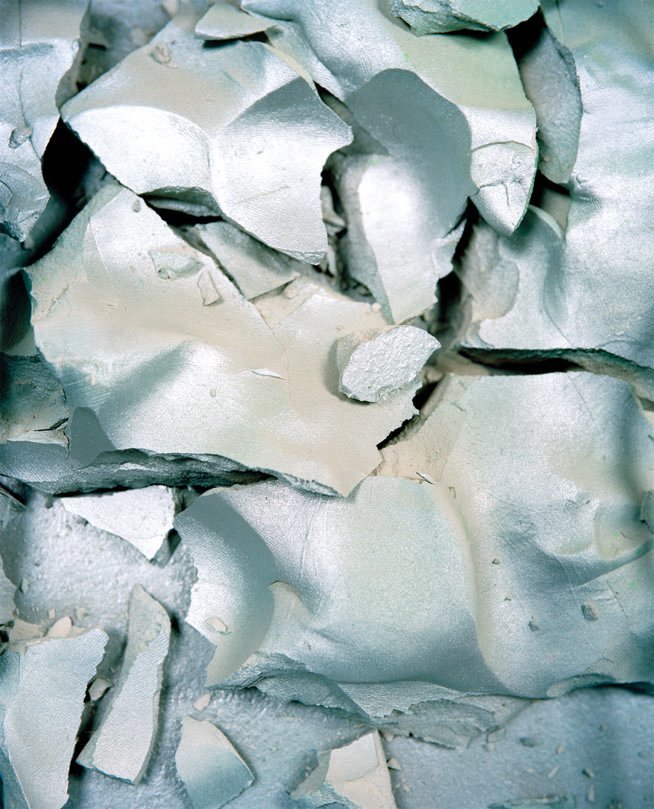 The titles of Linn Pedersen’s previous exhibitions and series of photographs (“Luncheon on the grass”, “Plain Air”, “Stratus”), hint at her interest in the landscape outside. Her photography has always included natural landscapes, often with traces of human activity. These traces can be common and easily overlooked, or objects that appear strangely out of context. The scenes are photographed in a documentary style, but also hold poetic and humoristic qualities, suggesting that more than leaving physical imprints on our surroundings, these are also layered with emotional residue or are connected with a landscape within. 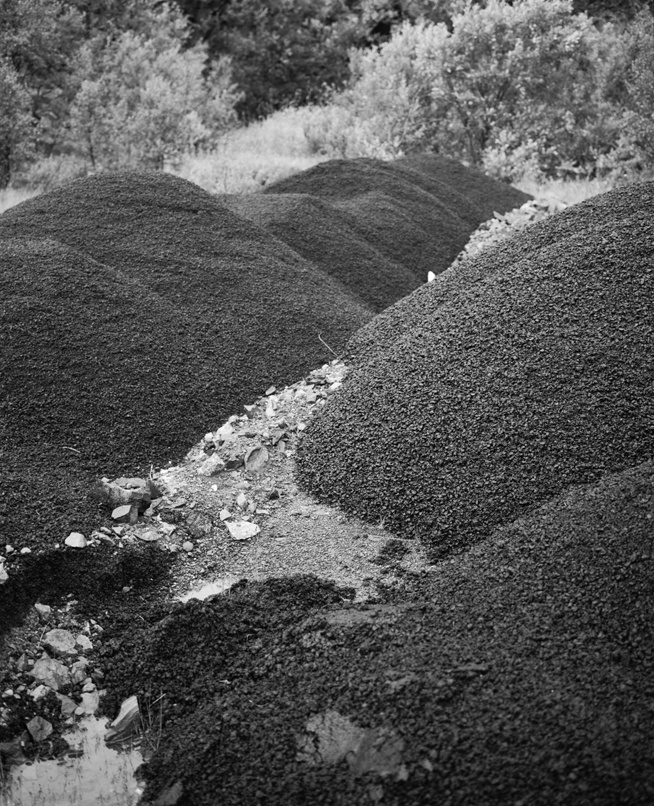 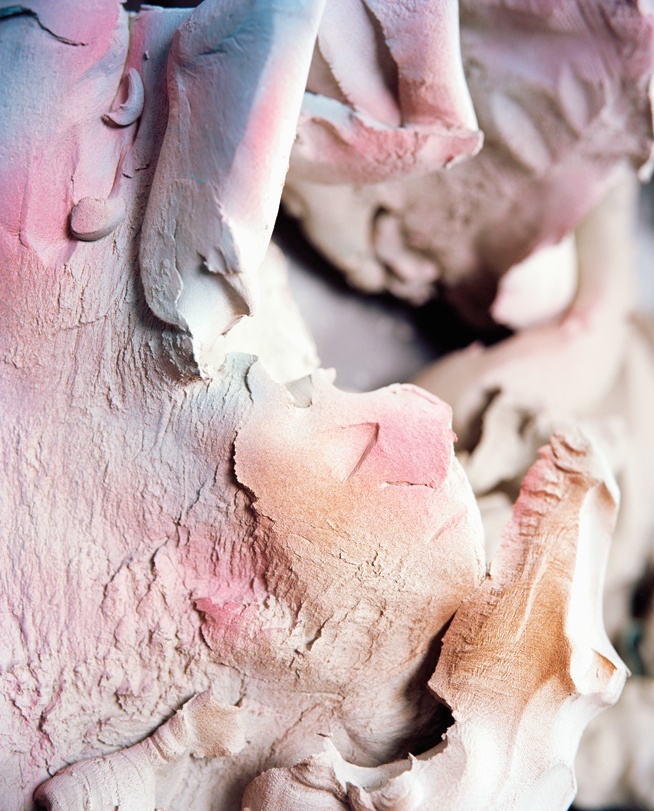 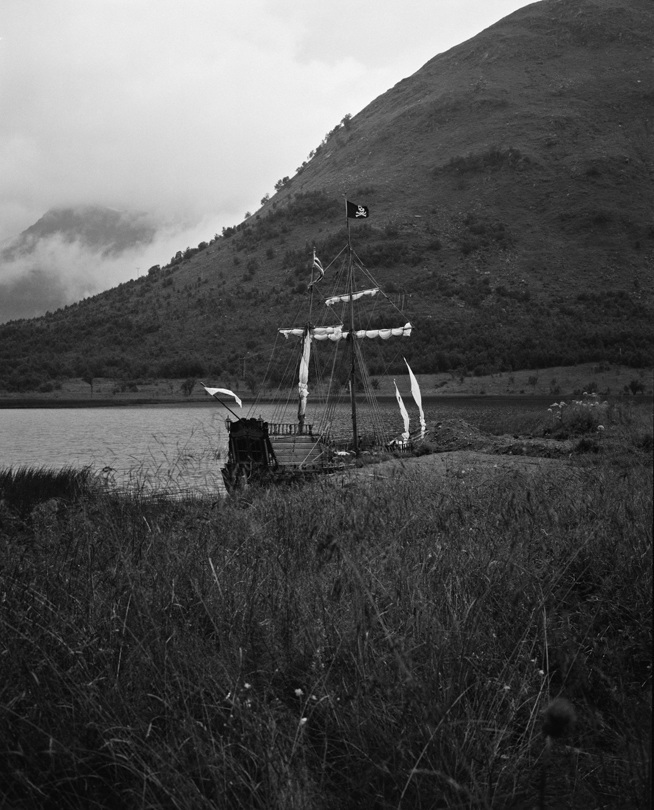 In the past years, Pedersen’s work has developed around her concept ‘sedimentality’ – a clever coupling of the words sediment and sentimentality. In several exhibitions and a publication, series of black and white photography of scenes from Pedersen’s surroundings (landscapes, bodies, buildings) are paired with images of cracked and broken clay, sprayed with neon colours or metallic paints. The lumps and clusters take on natural forms, and through the frame of the image might be mistaken for vast landscapes photographed from above. Yet some photographs reveal the floor of the studio and imprints of the artists hand (or shoe), and in their artificial hues portray themselves as no more than simple matter dusted with paint. Still, the matter-of-fact portrayal leaves the image open to our emotional projections, which in Pedersen’s universe seems to be an inevitable consequence of seeing. Our feelings, our bodies and the material world are weaved together, our mental landscapes a layered mass that moves and cracks. 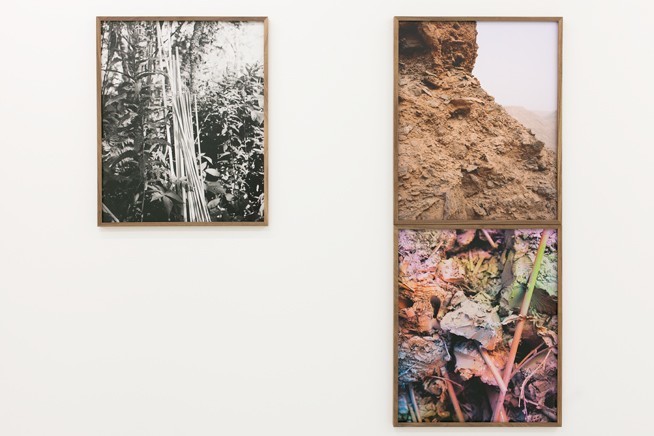 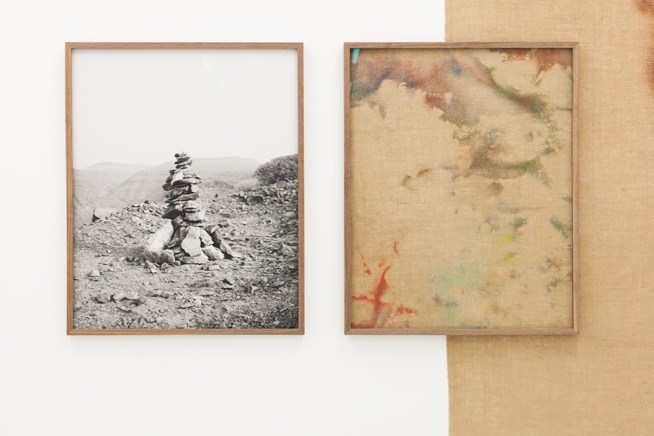 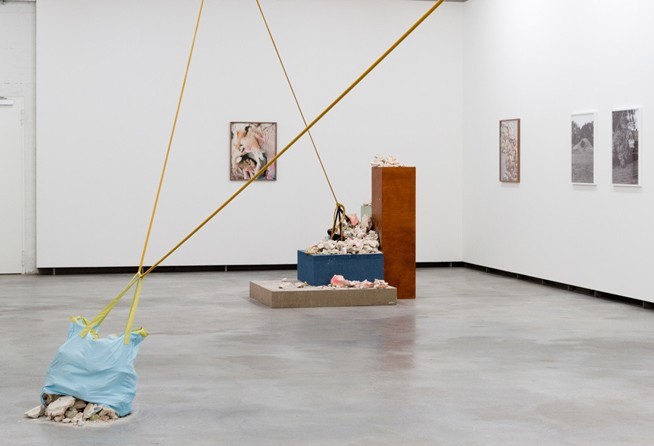 Pedersen shows a concern for the sculptural and architectural, both within and outside of the two-dimensional plane of the photograph. Some of her photographic motifs are developed through sculpture and arrangements, and often accompany the images in exhibitions. In some cases there is a direct or indirect relation between wall works and floor works, other times the two- and three-dimensional melt together with photographs presented horizontally on pedestals or within sculptural arrangements. These not only bring a thematic deepening, but they also draw our awareness to how the photograph is able to transform its material. 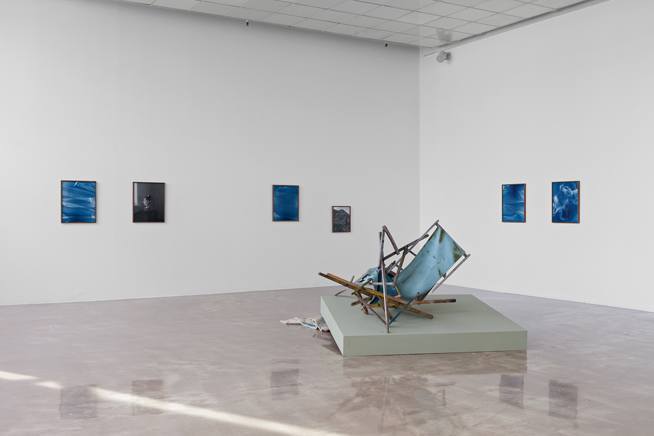 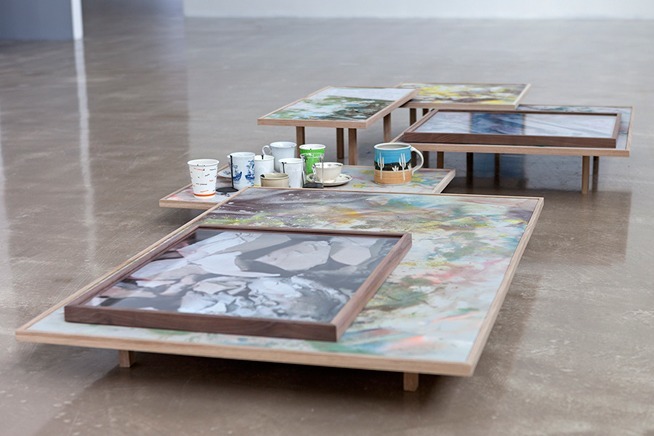 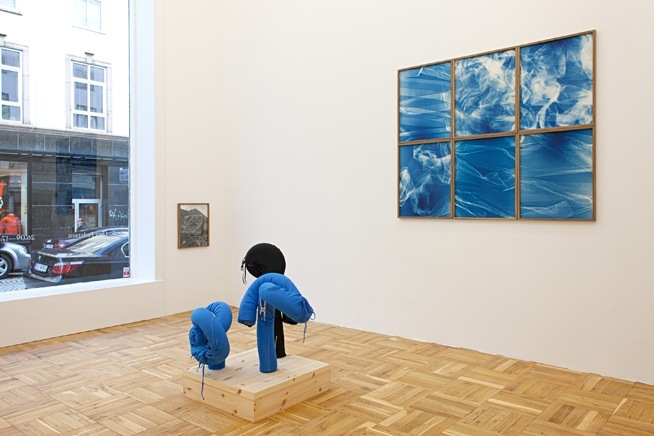 Materiality and the chemical processes of photography are becoming increasingly important in Pedersen’s work. In a recent series of cyantopes (also known as blueprints), she has made direct imprints of transparent plastic bags on photosensitive paper. The images have no motif other than the reaction between certain chemicals, materials and light, yet the poetic effects that are produced with this common and unromantic product evoke an atmosphere that leads beyond its physical origin. 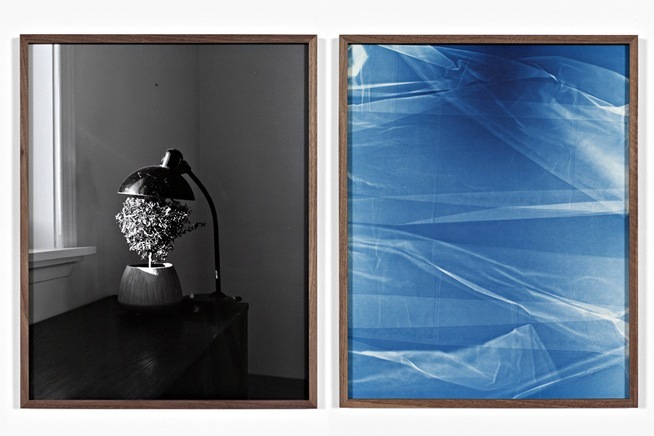 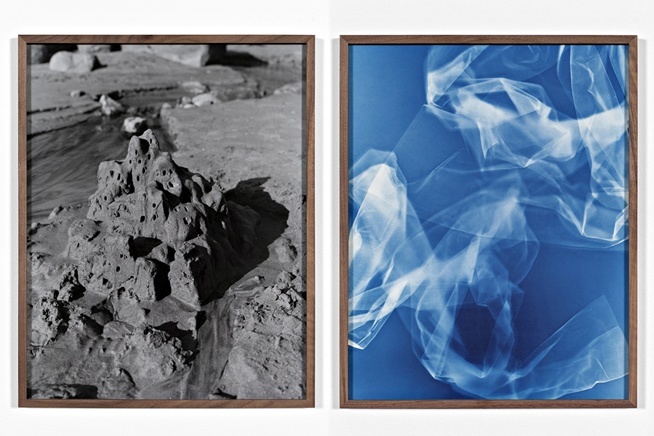