Realisiert: In Search of Lost Experience

A project by Victoria Bugge Øye and Another Space
September 28th – October 19th, 2014 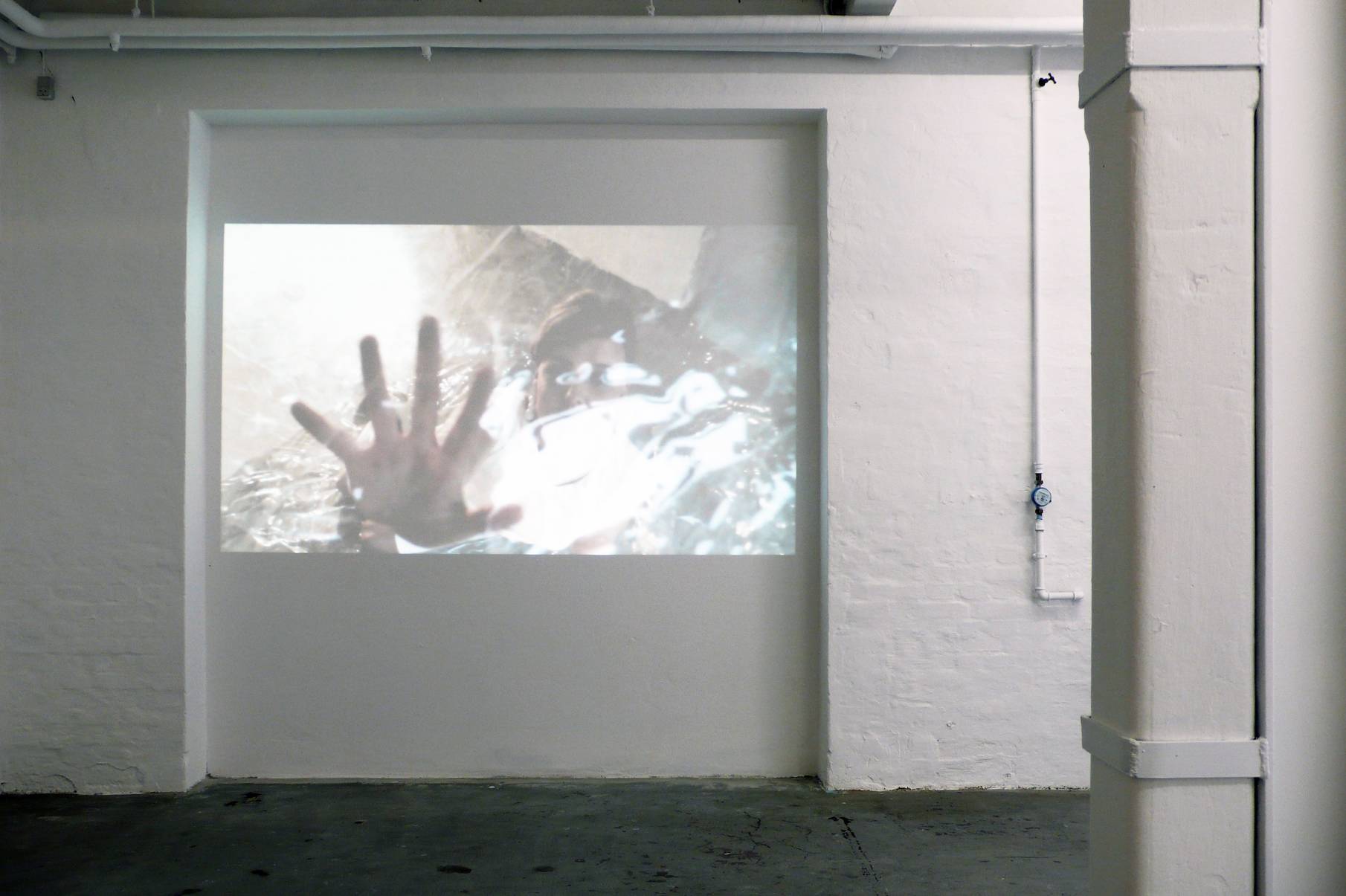 The exhibition Realisiert: In Search of Lost Experience stages a critical re-realization of Cloud, a project developed between 1968-72 by the radical architecture group Coop Himmelblau. Cloud was originally planned for Documenta V, but was instead upon non-completion, exhibited as an unfinished project at the Kunstlerhausgalereie in Vienna in 1972.

Including a specially commissioned short film, documentation ofthe original project as well as newly produced components, Realisiert will act as both a supplement and intervention to the original project. The exhibition will question the role and status of the architectural user in Coop Himmelblau’s early performative installations, and use the space between archival documentation, memory and fiction to produce a new narrative of individual experience. 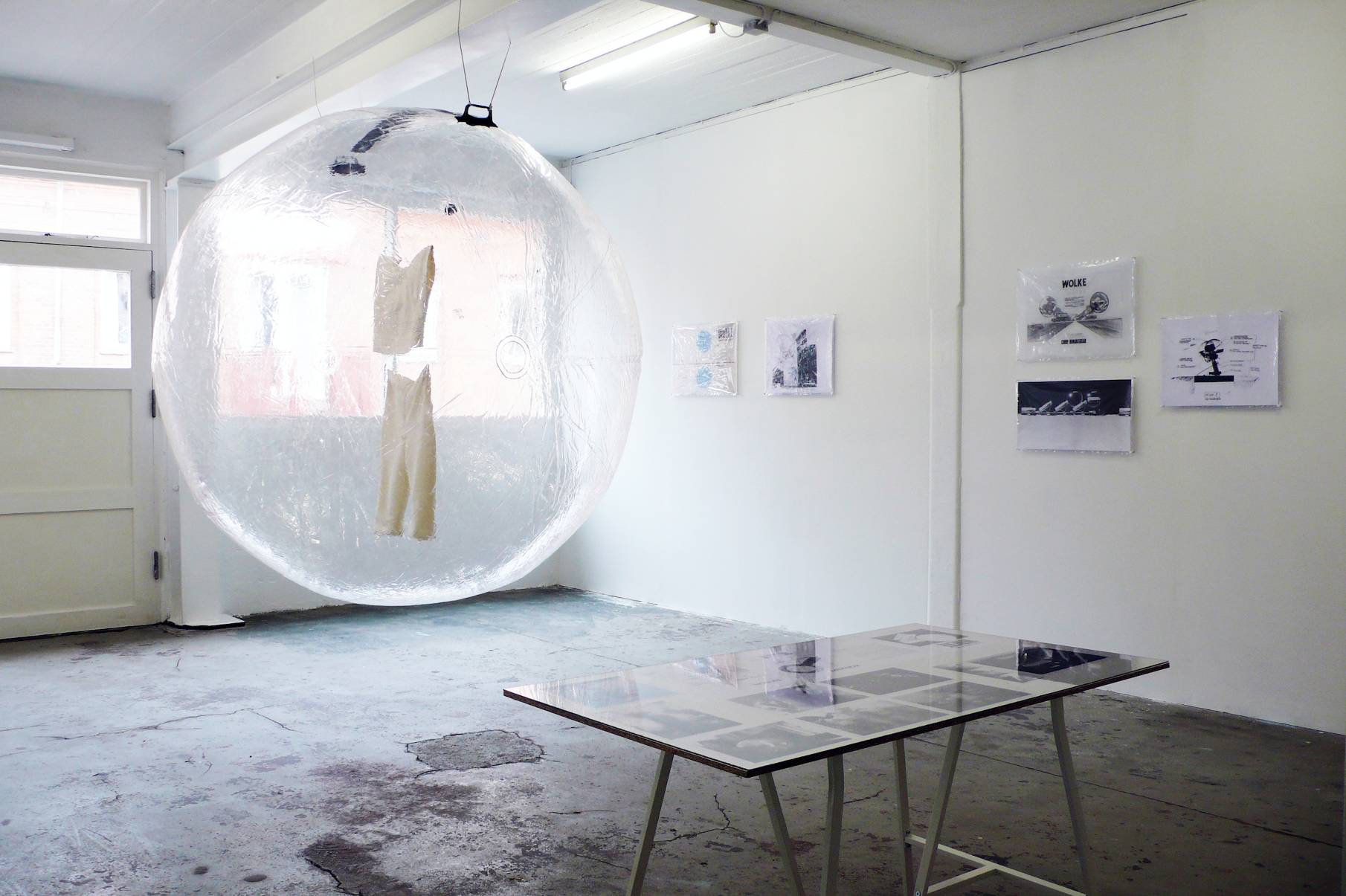 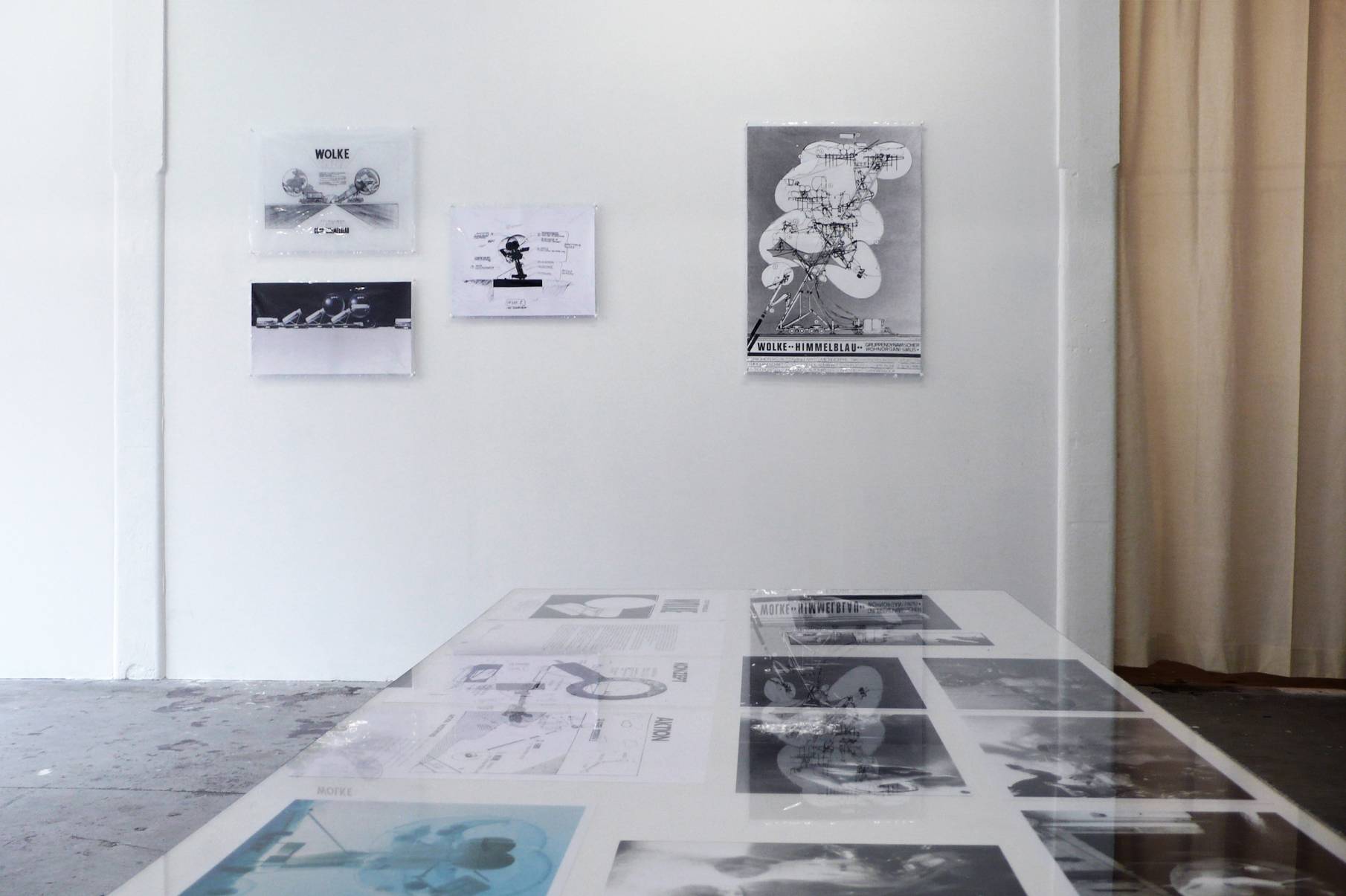 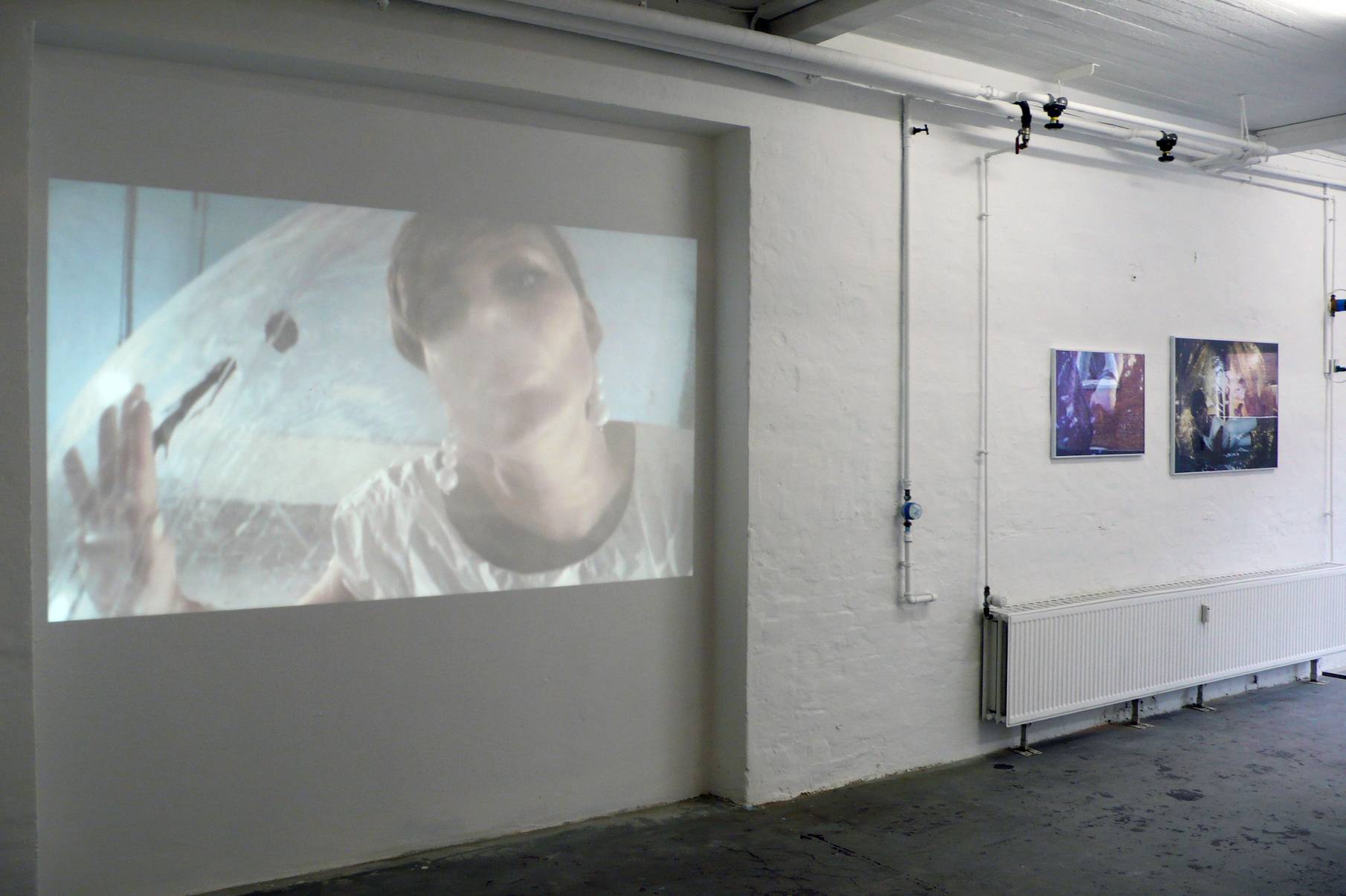 Nicht Realisiert: In Search of Lost Experience, Vienna 1968–72 stages a critical re-realization of Cloud, a project developed between 1968–72 by the Viennese architecture group Coop Himmelblau. Cloud was originally planned for Documenta V, but was instead, upon non-completion, exhibited as an unfinished project at the Kunstlerhausgalereie in Vienna in 1972. This exhibition is both a supplement to and intervention in the original project, and is in particular concerned with the role and status of the user in Coop Himmelblau’s early work.

There were, however, many of Coop Himmelblau’s projects that were realized, in the more common use of the term. On the very same day that the student revolts started in Paris, May 8, Coop Himmelblau inflated their first installation Villa Rosa. Inspired by rock music, spacecraft, and psychedelic drugs, Wolf D. Prix, Helmut Swiczinsky, and Michael Holzer came together to break from tradition to create a new type of anti-hierarchical architecture that was to be immediate and ephemeral. The 1968 slogan, “All power to the imagination,” rung in the background and there was a pressing urgency that now was the time to invent radical new models of what society, life, and architecture could look like.

In the following four years the collective completed projects such as Astro-Balloon, Face Space: Soul-Flipper, The White Suit, and Heart City. These early works were all intimately tied to individual desires, feelings, and bodies, and would often connect body and building through heart monitors, electrodes, and other feedback-based technologies. As Coop Himmelblau stated themselves: “Our architecture has no physical ground plan, but a psychic one. Walls no longer exist. Our spaces are pul¬sating balloons. Our heartbeat becomes room, our face is the building façade.”

What remains from Coop Himmelblau’s actions and installations today is primarily archival material: drawings, letters, notes, collages, photographs, videos, and press clippings. Despite the group’s insistence on the importance of the subject, there is no record of how the “realization” of these works actually took place: how the people who embodied these specific desires, bodies, and psyches experienced them. After all, these were not just buildings or structures to inhabit, but responsive apparatuses that needed a person with sentiments and sensory organs to be complete. Coop Himmelblau did, however, understand the importance of documenting their work through photography, and often used human models to stage their installations. These hauntingly beautiful images almost exclusively feature attractive, objectified, and nameless young women. In this way of representing their projects, the actual users ended up being reduced to props stripped of any real sense of agency or subjectivity; first negated as users, and secondly objectified as women.

While Coop Himmelblau’s architecture was radical and innovative in both its claims and form, the “lost” subjectivity of its users remains a blind spot at the very heart of their emancipatory project. Nicht Realisiert is not only a way to revisit a project that continues to chal¬lenge our ideas around architecture, but an effort to reclaim the status of its subjects. It is a re-imagination and speculative investigation into what the alternative narrative might look like. By consciously operating in a field where notions of fictional and actual, realized and imagined, possible and impossible, present and past are blurred and transgressed, Nicht Realisiert immerses the audience in the questions of how an ephemeral architecture is realized, experienced, remembered and archived. 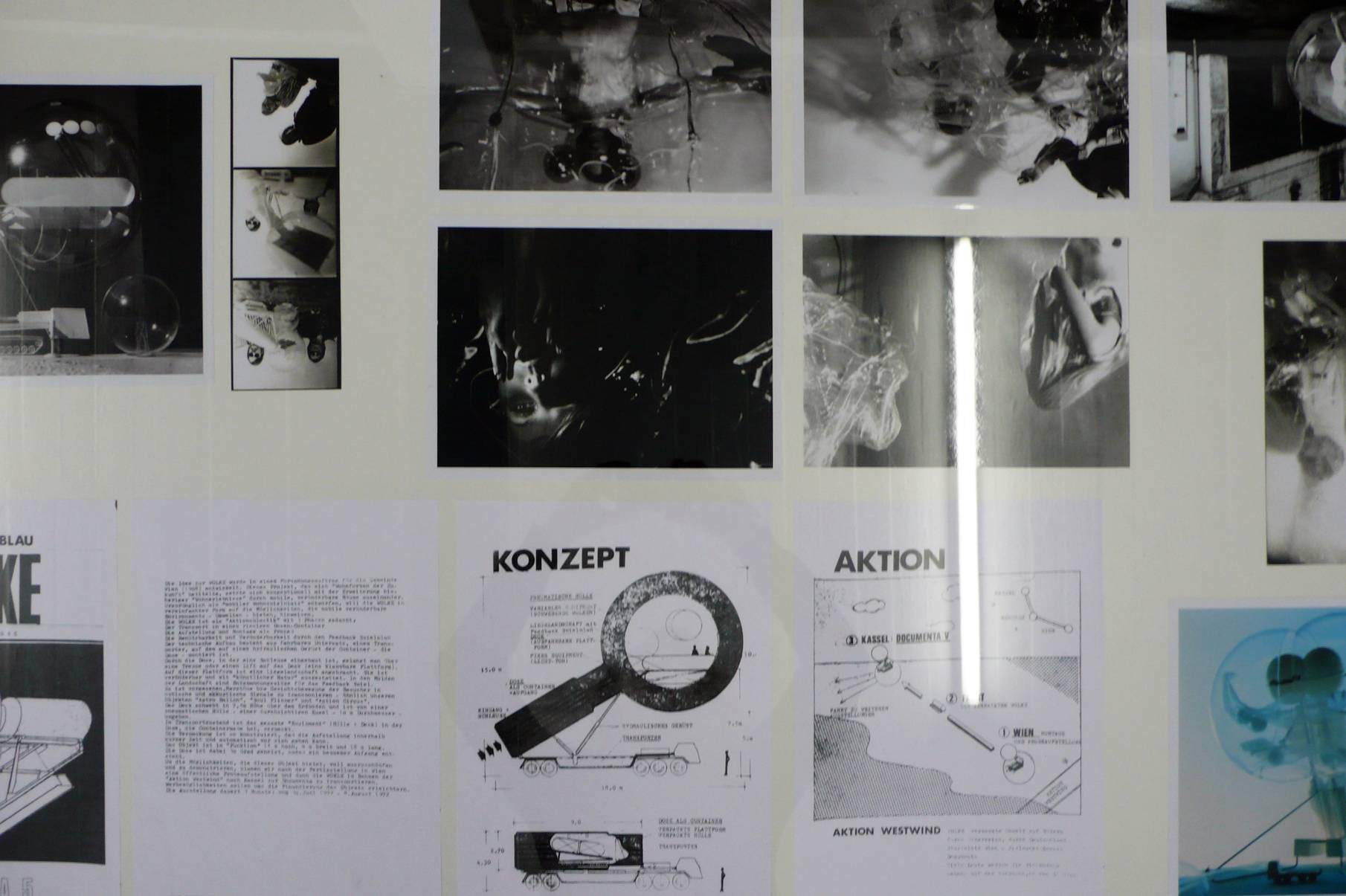 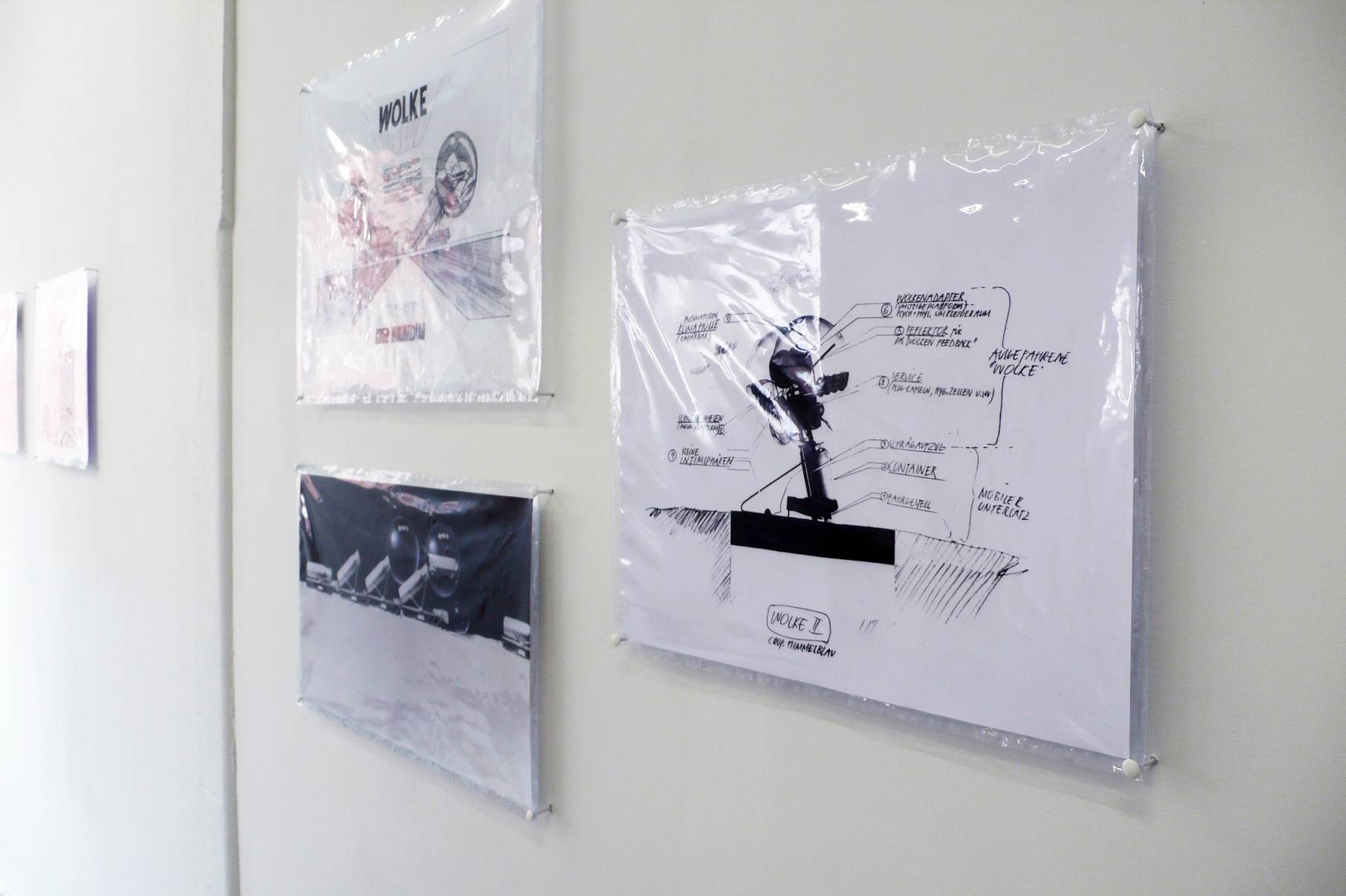 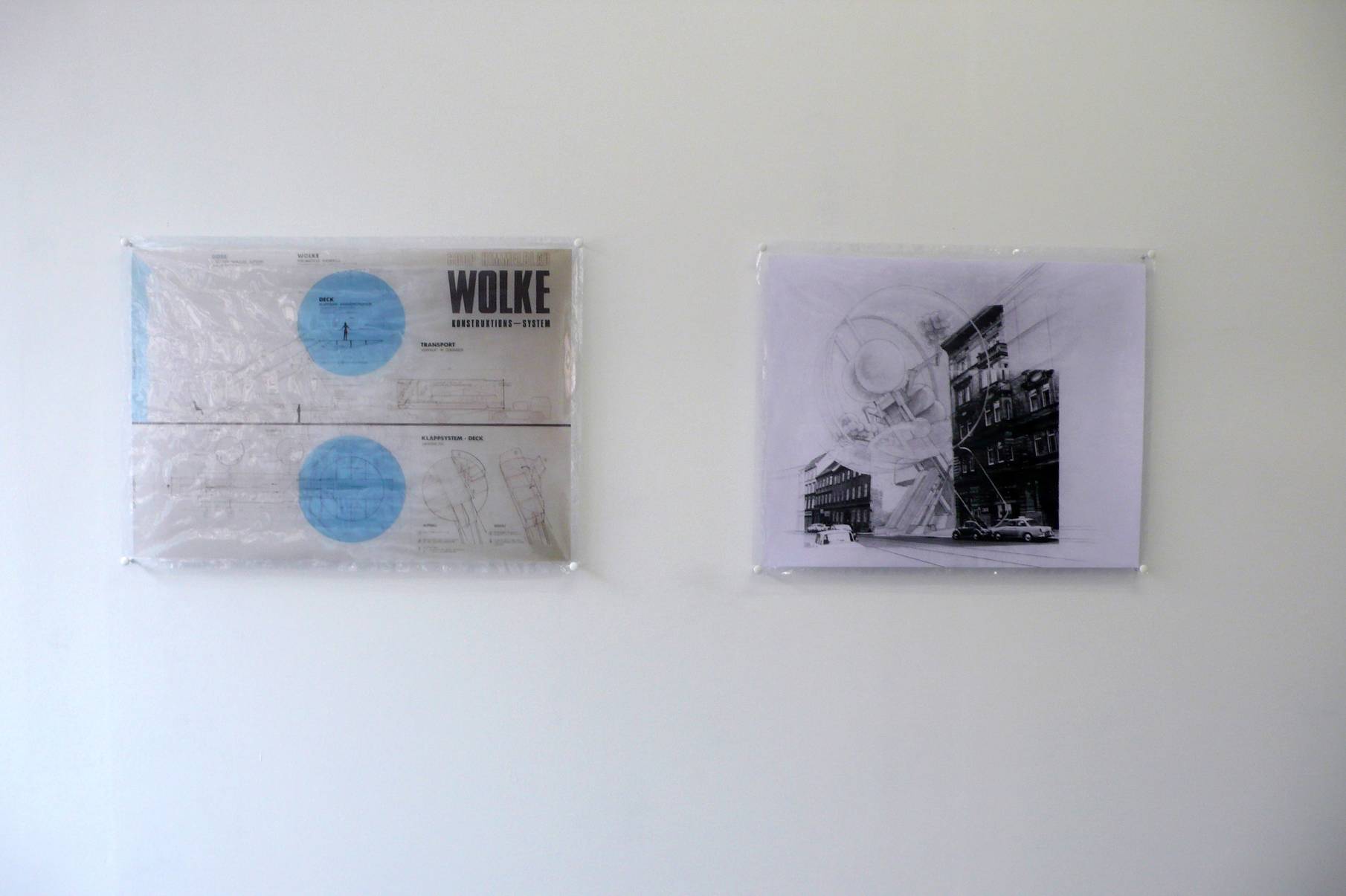 The Cloud is an organism for living. The structure is mobile, the
space can be modified. The building materials are air and
dynamics. (Technique is a means to the end but not a means in
itself. Architecture is a content, not shell.)

The Cloud was designed for the study “living forms for the future”
and was planned as a realization for the Documenta V. It was
completed to the smallest detail. 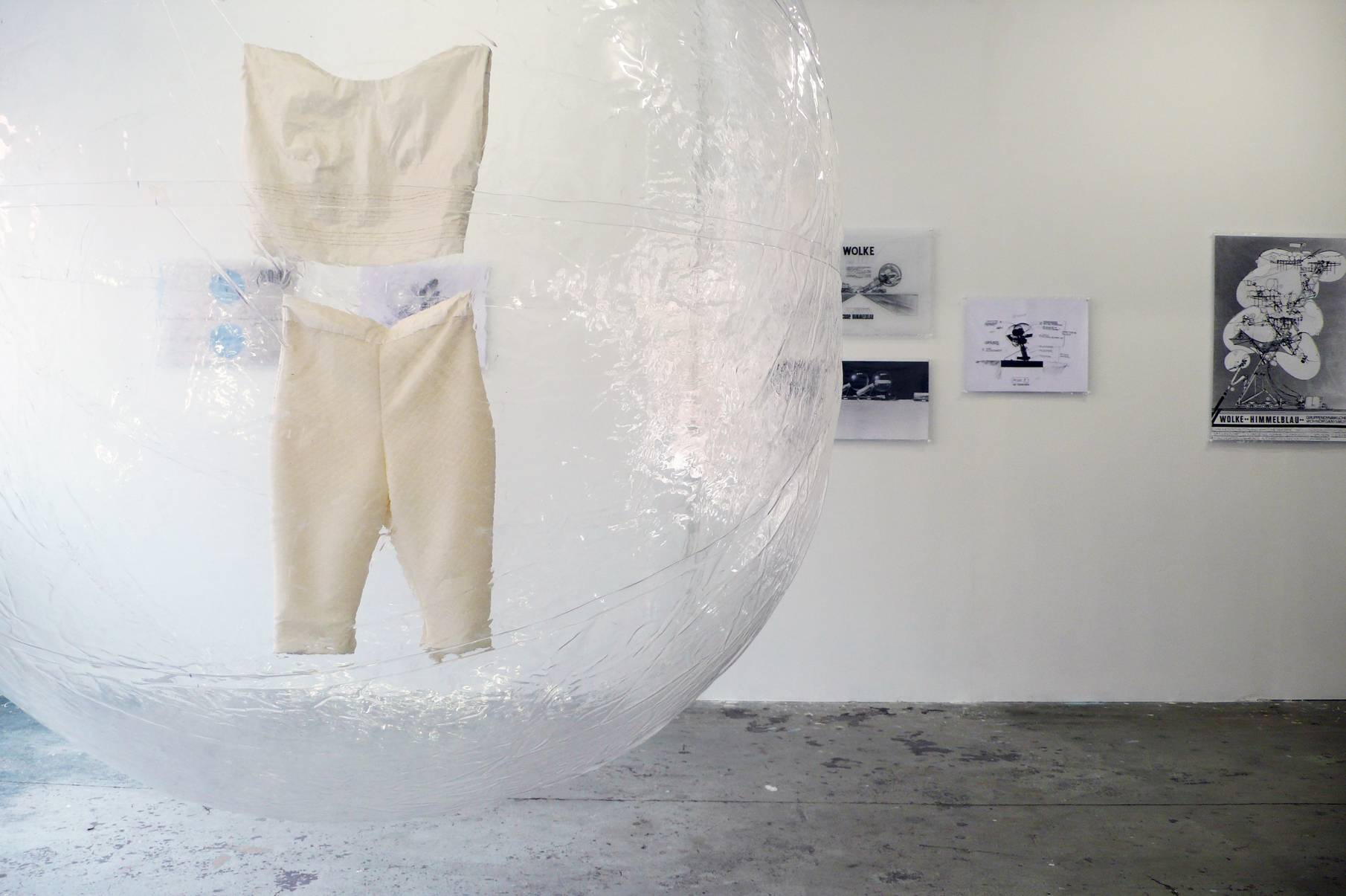 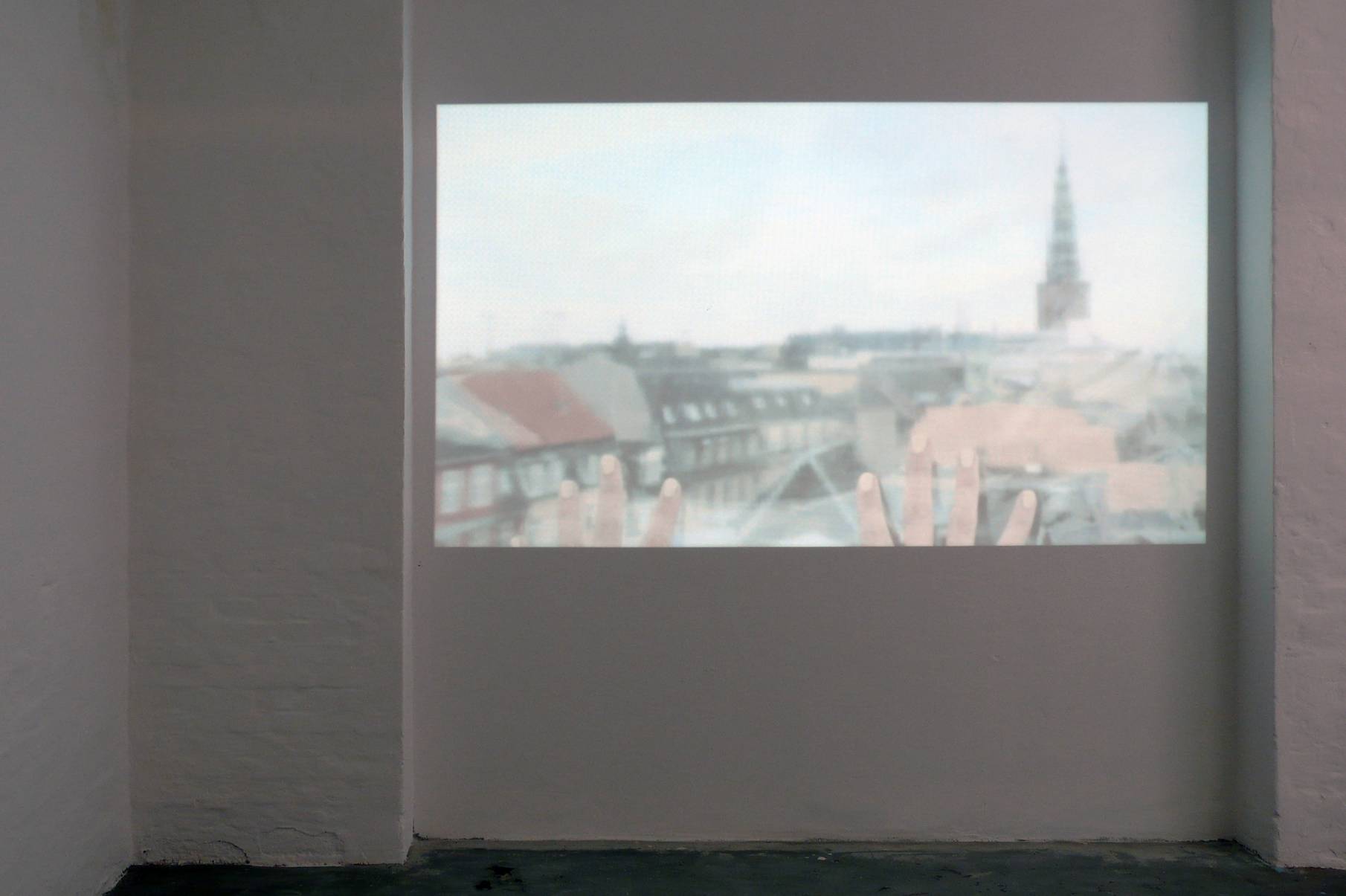 We would like to thank Coop Himmelblau for making their archives accessible to us, and in particular Caroline Ecker for facilitating this process. We would also like to thank Lizette Bryrup, Andreas Frostholm Røeboe, Georg Jagunov, Marie Hauge Jensen, Karól Kvaran, and Kine Økland for their invaluable participation and contribution to this project. An additional thanks to Meredith Baber, Carola Dertnig, Lasse Dohlmann, Annette B. Hovgaard, Ida Hoffart, Erin Taylor Kennedy, Carlos Carrasco Minguez, Ismaelly Pena, Wolf Prix, Mauricio Quirós, Felicity D. Scott and Ole Vinsnes for interviews, conversations, recommendations, or contributions in the many stages of this project. 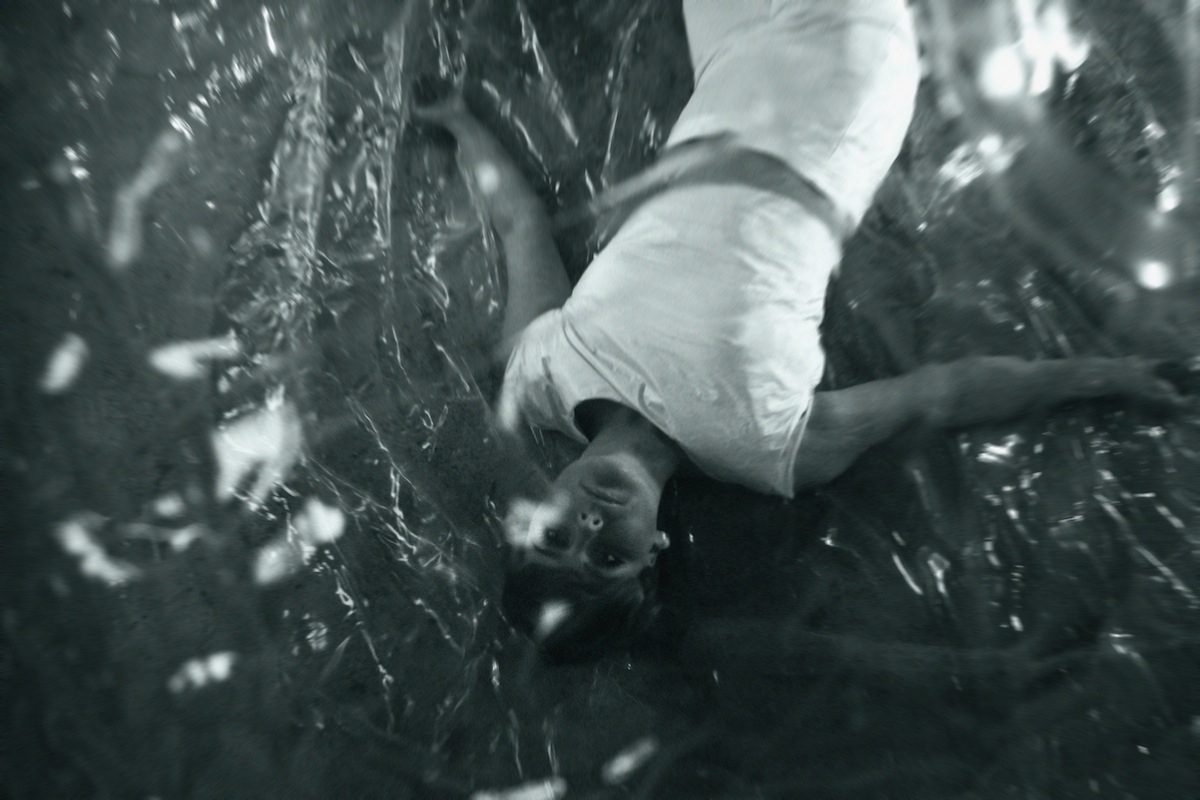